By Erik BradyBelow:  "Native American leaders on Tuesday presented President Obama with a jersey from Cooperstown (N.Y.) High School, which last year changed its mascot from Redskins to Hawkeyes. The Oneida Indians, who are leading a push to persuade the Washington NFL team to change its name from Redskins, had donated $10,000 to help cover the cost of new uniforms for the Cooperstown Hawkeyes." (Erik Brady/USA TODAY Sports) 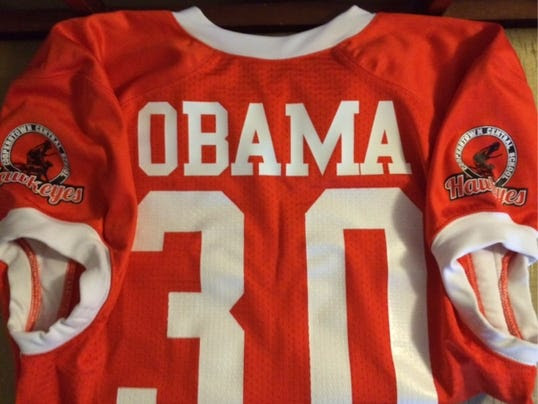 By Ben WolfgangHitting 'em where it hurts

By Hannah HessMore calls for change

NAACP Calls on Washington Football Team to Change its Name

By Gerald Carbone
Posted by Rob at 7:00 PM