Friday was "Rock Your Mocs" Day in much of Indian country. Here's the scoop:

It's Rock Your Mocs Day! Mocs Are Being Rocked [20 More Pictures]

Not well thought out?

But not everyone agrees with the idea of Rock Your Mocs:

I'd say it's fine as a one-day event. It's better than cheering an Indian mascot, certainly.

As the above articles indicate, I don't think the day is supposed to be a big educational effort. It's more about Indians demonstrating that they still exist and showing pride in their cultures.

Meanwhile, I tweeted the following:

I heard today is Rock Your Crocs Day so I wanted to join in the fun. #rockyourcrocs 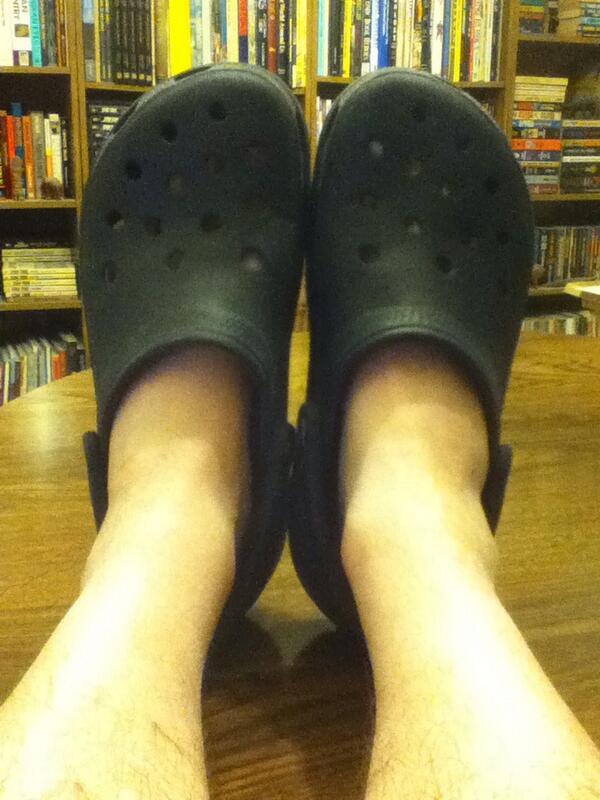