Does Kosovo offer any lessons for America's Native nations?

Kosovo Declares Independence From SerbiaKosovo's looming independence raises question:  Why not Scotland or Vermont?Comment:  We could ask the same questions about tribal nations, obviously. Why shouldn't any state or tribe have the right to secede from the Union? After voting in an election and compensating the US for its assets, of course.

For more on the subject of tribal nations seceding from the US, see The Republic of Lakotah. 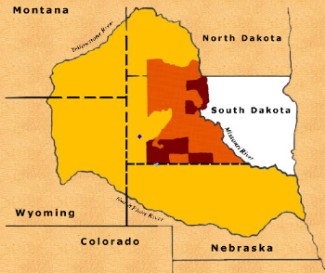 Great post; the Kosovo situation raised this question to me yesterday.

Serbia had been at war against Kosovo for a long time, especially since 1912, when it invaded and proceeded to "cleanse" Kosovo of its indiginous population during the 1910s and 1920s.

Writerfella here --
Which means what, given the Native American textures of this blog? EuroMan's conflicts predate the invasions of the New World, and their significance matters ONLY to EuroMan. That EuroMan's own continuing modern confrontations affect his affairs DOES NOT MEAN that such have any bearing on modern tribal vs. US Government contretemps. These are worlds apart and that is the way they should remain...
All Best
Russ Bates
'writerfella'

How is Kosovo's situation relevant to this blog? Because a Native nation could use the same arguments Kosovo used to assert its independence.

Bush quickly recognized Kosovo as an independent nation. What would he say about a state's or tribe's right to secede from the US the way Kosovo seceded from Serbia?

Writerfella here --
Except that 'secession' and/or 'partition' strictly are forbidden by US laws since the US Civil War, built on principles in place pre-Civil War. Anyone SERIOUSLY attempting same quickly would come under Federal laws prohibiting sedition and other such political perfidies. Otherwise, both Idaho and New Jersey would have become separatist entities long before now...
All Best
Russ Bates
'writerfella'

Presumably Congress would change any laws prohibiting secession or partition before letting tribes proceed. Since changing laws is relatively easy, it doesn't render the concept impossible or out-of-bounds for discussion.

Writerfella here --
But given the historical record of the US Congress, even writerfella would be loath to write such a series of events even as a science fiction story...
All Best
Russ Bates
'writerfella'

I didn't say independence was likely to happen. But raising the issue gets people talking about related matters--such as tribal history, treaties, and sovereignty. That's all to the good. As I said before, stirring debate is the positive aspect of Russell Means's attempt to secede from the US.