Stereotypes on the Prairie

Comment:  This is a classic case of bitchin' and moanin' about--i.e., criticizing--someone's work. Reese has nothing good to say about Little House on the Prairie and its stereotypes. Yet the book is set in stone, its author dead and gone, so what purpose does it serve?

Simple. Reese's criticism educates children, parents, and teachers about the mistakes and omissions in Little House on the Prairie. Armed with the information, they can read it more critically or avoid it altogether. 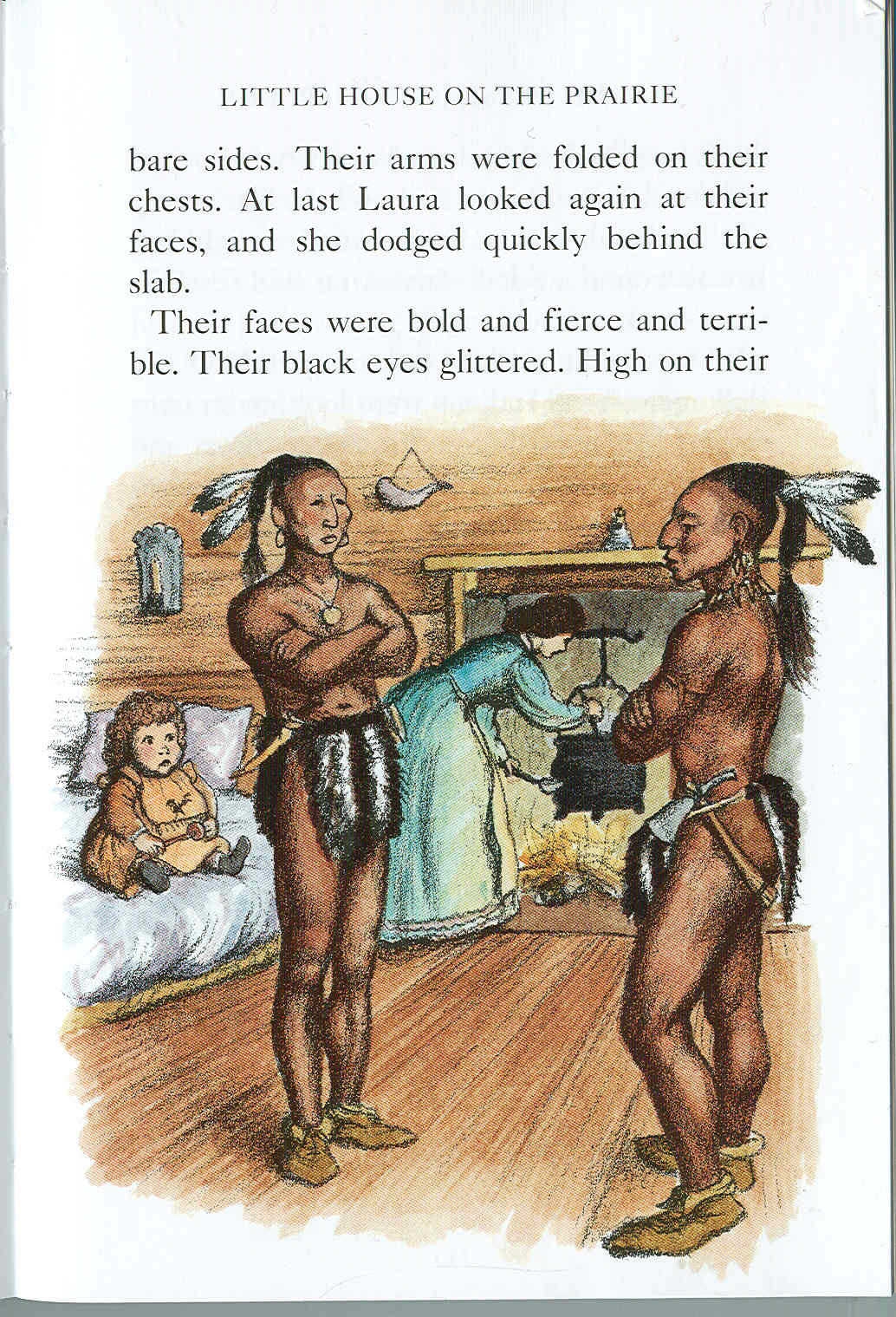 Writerfella here --
'Indian Territory' in the Ingalls books was 'The Northwest,' which now is Wisconsin and Minnesota. That writer likely received his NATIONAL GEOGRAPHIC one month with the map having been stolen by the postman...
All Best
Russ Bates
'writerfella'

Wrong again, Russ. If only you did a little research before spouting off.

At the beginning of this story, Pa Ingalls decides to sell the house in the Big Woods of Wisconsin, and move to the Indian Territory near Independence, Kansas, based on widely circulating stories at that time that the land (technically still under Osage ownership) would be opened to settlement imminently. So Laura, along with Pa and Ma, and Mary and baby Carrie, move to Kansas.

Laura had always heard from her family that the little house was "40 miles from Independence," which would have put the house approximately where the town of Nowata, Oklahoma, is today. It was about 13 miles from Independence, not 40 miles, and the reason for this rather large discrepancy is not known. The actual site of the Charles Ingalls house in Indian Territory was established conclusively in the late 1950s through careful record research done by a librarian named Margaret Clement. Today there is a facsimile log cabin on that site, near Wayside, Kansas.

Writerfella here --
Except that 'Indian Territory' included NONE of what is now Kansas and is in fact all of which is now Oklahoma. Ask the Cherokee and Chickasaw and Creek and Choctaw and Seminole, as they were promised the entire territory as their own, only to find that 30 other tribes also were to be incarcerated there as well. Thus, your argument is theirs to discuss and not Michael Landon's...
All Best
Russ Bates
'writerfella'

One, you're wrong about the definition of "Indian Territory." From the US Military Dictionary:

The land west of the Mississippi River that was set aside by the Indian Intercourse Act of 1834 for relocated Native American tribes. The land, which included the area in present-day Oklahoma north and east of the Red River, Kansas, and Nebraska, came to be known as Indian Territory, though it was never an organized territory as others were. The term is also used more specifically to denote the area to which the Five Civilized Tribes (Choctaw, Creek, Seminole, Cherokee, and Chickasaw) were forced to move by treaties between 1820 and 1845.

Again, I'd suggest doing some research before you spout off. Every time you open your mouth, you seem to make a mistake about something.

As for your claim about the five tribes, we've already had a good laugh over that one. See Five Oklahoma Tribes Deny Others? for details.