Here's a rarity: a hard-boiled pulp-fiction hero who was half Native. I gather Off-Trail Publications is reprinting his 1940s magazine adventures as flip books.

The second link presents cover images from the original magazines. There aren't any obvious Native connections, but there are a lot of damsels in various stages of distress and undress. 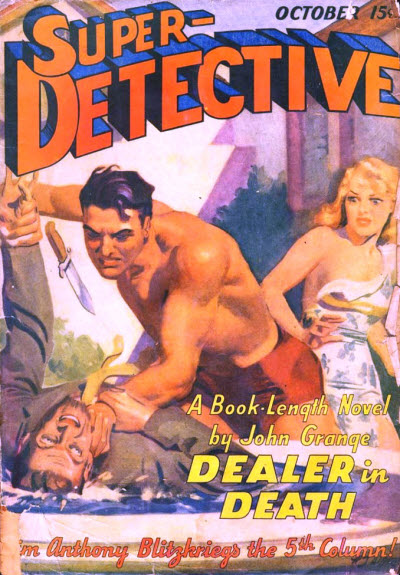 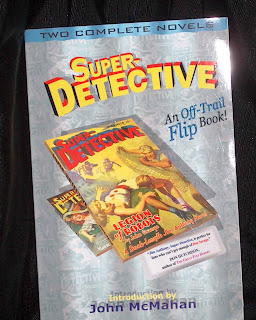 [Someone] had the bright idea of taking the basic Doc Savage idea and giving it the 'spicy' treatment, and that gave us Jim Anthony, Super-Detective.

Jim was a lot like Doc but with added nudity and sadism ... and less sensitivity. Jim Anthony was described as "half Irish, half Indian, and all-American." He inherited great wealth, though it's not clear from whom since his grandfather Mephito was a stereotypical Indian Chief whose dialogue was largely confined to comments like "Ugh. Bad medicine for grandson."