Voting for deeds, not words

Tim Giago has argued that we should look at the presidential candidates' deeds, not words. The deeds he's apparently thinking of are a couple of laws passed two decades ago.

Deron Marquez, former chairman of the San Manuel Band of Mission Indians, has just published another call to look at the candidates' deeds, not words. Like Giago, the example he gives is NAGPRA from 1990.

Well, here are some deeds that may matter to today's 18-year-old voters, who weren't alive for McCain's previous accomplishments:

I've met Marquez and know him to be a smart and thoughtful guy. Maybe he was having a bad day when he wrote his piece.

Of course, these postings don't address any of McCain's non-Native deeds. Cutting taxes for the wealthy while Indian Country suffers. Sending troops to Iraq while Osama bin Laden plots in Afghanistan. Implying that he's "pro-America" while Obama is a Muslim and a terrorist. Etc. Conservatives may approve these deeds, but no one else does.

For those who still don't get it, It's the Economy, Stupid. For more on the subject, see The 2008 Presidential Campaign. 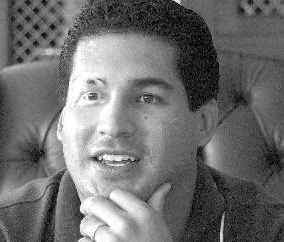 I'd like to add to all the excellent points made above, the world was a very different place when I was a baby versus now that I am in a position to vote. It seems that McCain considers dealing with Native issues (and the issues of most of the disadvantaged American populations) a luxury in this time of war and economic ruin, and Obama considers these issues that form the underpinnings of several other crises going on as major problems that need to be solved. Which leads the choice to be not only who has my best interests in mind and who is ignoring me, but who considers me important enough and respects me enough to even remain interested?

Additionally, Palin's husband being of mixed Yup'ik origin doesn't mean anything to this race since his wife (who is the one who is running for VP) is not only unqualified but holds many views and supports many policies that are and would be downright negative for many Native (and otherwise disadvantaged) populations. We as Natives (and this goes for everyone else as well) should not be swayed to vote for anyone based on racial makeup. That I support Obama, who is a minority man in America, does not mean I am supporting him because he is a minority man in America. That he has my and other minorities' best interests in mind in his plans may or may not be based out of his own experiences, but that is irrelevant.

"These Are Not Natives"

Pay-lin's hubbie is a mere 1/16th Yup'ik which to me is someone who is essentially not Native per the minimum U.S. federal requirements of 1/4th degree "Indian by blood."

Pay-lin's better half joins the untold millions of people in the U.S. who are, with their persistent claims as to Native ancestry, what one of my college professors years ago termed as "marginally/genetically Native."

For more on the subject of the "First Dude," see Todd Palin Not Native After All?

MM, I see what you are saying, but as a mixed person with no way to prove my own blood quantum, especially considering I'm part Cherokee, part Osage, and a few parts South American Native (the man who contributed this DNA was never in my life, and so there is no way to verify this besides the word of my family), I disagree with the perceived exclusivity of membership in the "real Natives" "group".

A lot of this is influenced by government requirements, and while I do agree that "benefits" to being Native would be taken advantage of by unscrupulous people otherwise, Natives are the only group in America to have to prove their identity on paper in order to claim it.

And even if one's situation is such that one doesn't live on a reservation, or speak one's own language, isn't it possible that claiming Native identity, despite pressure to do otherwise, can shape a person? What if that is how a person saw themselves from their childhood, and it's not something being claimed out of convenience? And what if a person wanted to be in touch with their Native roots, but lacked the resources or connections or time to do so? Does that make them any less Native, or does that mean they have a less "Native lifestyle"? And, if situations change in the next several years (say if Obama wins the presidency and more funding is given to reservations and to healthcare programs), would the only "real", legitimate Indians be the ones who live/lived in poverty in the ramshackle reservation system that has plagued so many?

It smacks to me of race elitism, personally, and Natives aren't the only ones who do it; there's also pressure from the black and hispanic communities to be "real" and a kind of competitive suffering, fluency in the language as a requirement, fitting a certain mold for one's personality, tastes, and interests. This is true and would make sense in a selective group that you could choose to be a part of and which could choose to have or not have you, but to make requirements to be part of a race/ethnicity other than actually being that race/ethnicity is absurd and perverse.

Now, Palin's husband being part Yup'ik may or may not be something he is claiming to help his wife along, and it may or may not be how he sees himself; looking at him I can tell you that unless it is something he specifically told people he identified as, most people would not see him as Native. The promotional people for McCain-Palin are/were definitely taking advantage of her husband's claim, which is suspicious to say the least, but how much if this is the Palins' doing? And at this point in the game, does it matter?

MM: "not Native per the minimum U.S. federal requirements of 1/4th degree "Indian by blood."

Most of my knowledge of legal requirements to be an Indian comes from Newspaper Rock. Isn't the blood quantum set by individial tribes/nations, not the Federal Government?

dmarks: From what I've heard/been told, tribal membership isn't enough to say, receive gov't based benefits such as free tuition at certain state schools, healthcare, etc. It has to do with your CDIB (Certificate of Degree of Indian Blood) more than belonging to any tribe, although that is also required.

But even then, isn't it determined by states, not the federal government?

DMarks is right that tribes set their own membership rules. Some tribes have abandoned blood-quantum requirements altogether. There's no federal standard that says you have to be 1/4th Indian by blood to be an enrolled tribal member.

Participating in federal programs is another matter. True, I haven't heard of any that require one quarter or more of "Indian blood." I'd expect most programs to go by tribal membership, not by blood. But there may be some exceptions.

For more on the subject, see The 1/4th Blood Quantum Requirement.