'Frozen River' Draws Mixed ReactionComment:  As you may recall, I interviewed Courtney Hunt for the article I wrote on Frozen River. A couple of relevant points:

1) She had to film in Plattsburgh, a town 80 miles away, for technical reasons. But for some reason, I assumed they used the actual tribal council building and bingo palace. I guess not.

2) Hunt got permission from the tribe to film the story. But it wasn't clear exactly who gave her permission. There were the American Mohawks vs. the Canadian Mohawks, the modern government vs. the traditional elders, and so forth. The approval wasn't unanimous, so some Mohawks undoubtedly continued to disapprove.

The white characters (Melissa Leo and her family) fared a little better in Frozen River--perhaps because they were the stars and the Mohawks were secondary characters. The movie did show a few positive Mohawk scenes, but overall the impression was of people struggling to get by. For an economically depressed region like upstate New York, I don't know if that's negative or just realistic.

I'm not totally surprised at Hunt's unresponsiveness. She was talkative in our interview, but didn't respond to followup questions via e-mail. I hope her minor celebrity status isn't going to her head.

For more thoughts on this article, see the Frozen River thread on Facebook. 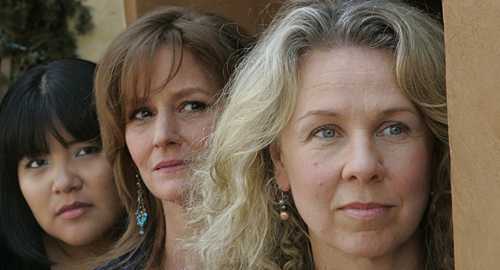 "The reservation is perceived as a place to be feared, the Mohawks grim and dangerous"

I just saw the trailer for this movie at the theatre a few hours ago. This appears true from the impression in the trailer.