Educator Debbie Reese reports on a children's picture book that got rave reviews from Publisher's Weekly and Kirkus. She notes some of the book's problems:Reese's conclusion:(Excerpted from Debbie Reese's American Indians in Children's Literature, 3/16/09.)

Comment:  Nice art. But how unsubtle is it when a tragic Indian in a tragic tale is called "Broken Feather"? Did Broken Feather's parents know their culture was doomed when they named him?

Here are some other names they may have considered before settling on Broken Feather: Sad Eyes, Wounded Bear, Falling Hawk, Sinking Stone, Fights No More, Wrapped in Blanket, and Gives Up. Sheesh. 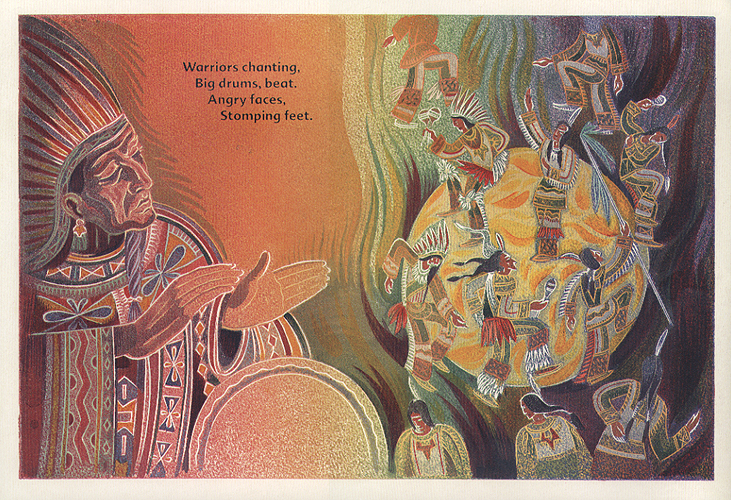