From a MySpace bulletin:

Acting opportunity 4 native actorsComment:  So the Jonah Hex movie will include three of the basic Native stereotypes: the beautiful princess, the wise elder or chief, and the savage warrior. All that's missing is the mystical shaman. Nice.

FYI, Mark is Mark Ford, Executive Director, Governor's Office of Indian Affairs in Louisiana. He adds, "I am grateful that they are willing to use real American Indian people to play American Indians in the movie.

"If you know anyone who would be interested please pass on this information."

I'm grateful for that too. But I'm guessing the movie will be at least somewhat stereotypical.

For more on Jonah Hex, see Review of JONAH HEX #23. For more on the subject in general, see The Best Indian Movies. 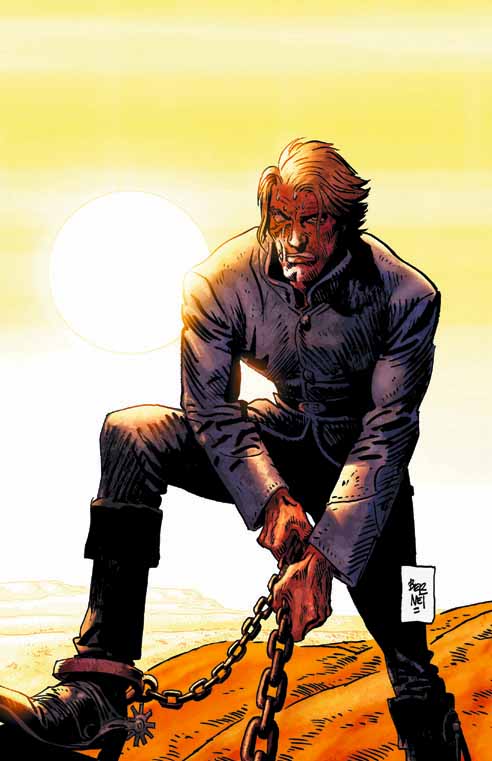 Is it just me or is Jonah Hex looking oddly like a beefed-up Ward Churchill?? (assuming that is Jonah Hex in the pic....)

It is Jonah Hex, and you're right. Except for the half-melted face, he does look somewhat like Churchill.