Hundreds attend the special meeting at the city's high school, home of the Warriors since 1928. The issue had sparked claims of racism and political correctness run amok.Comment:  Anti-mascot activists have addressed the so-called "honor" argument a thousand times. For one example, see Smashing People:  The "Honor" of Being an Athlete. 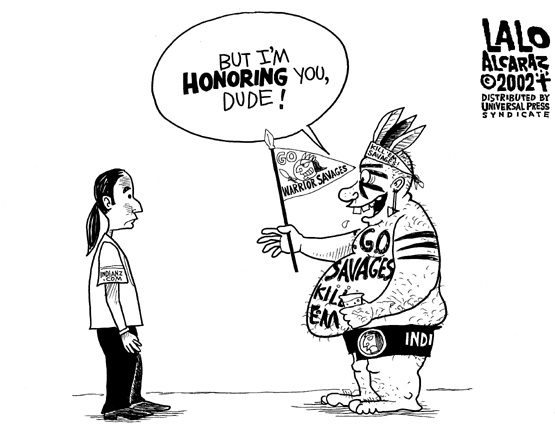 With all the education and activism going on, Carpineteria's people can't become more ignorant than they are now. They can only become less ignorant. So these stereotypes will go away eventually. It's inevitable.

If nothing else, the next generation will be more openminded and understanding than this one is. But let's hope it doesn't take that long.

For more on the subject, see Mascot Foes Receive Death Threats and Team Names and Mascots.

Below:  Carpinteria High School, home of the racists.

Note that these Plains Indian images have nothing to do with the Chumash or other California Indians. They're pure stereotypes.

As always, imagine the outcry if you replaced the Indian "warriors" with stereotypical African warriors. The images would be gone within a week of the first protest. But the racist citizens of Carpinteria think nothing of perpetuating this "honor" for decades. 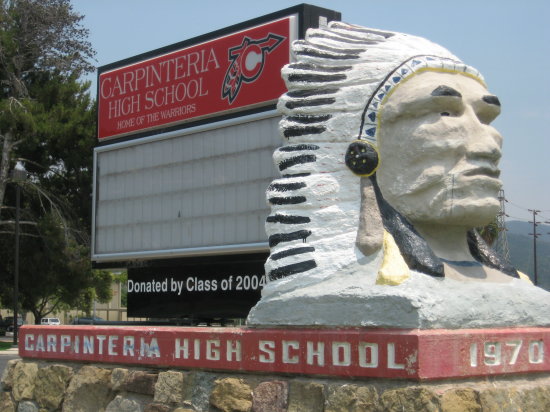 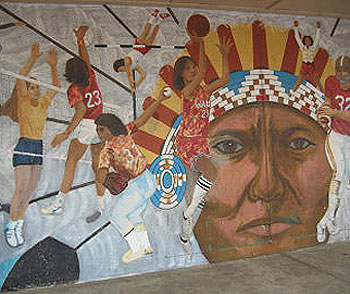 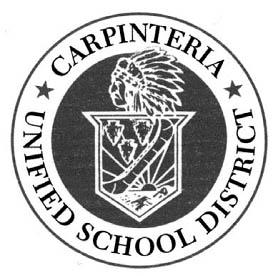 Maybe it's just because I'm a complete nerd who hates sports and racism, but I have a hard time grokking the people who cling to these racist icons. Also I doubt the entire highschool cares, I'd wager it's mostly athletes and the principal and co. I mean I went through high school and I never cared what the mascot was (but then I also had a life).

Remove the feathers on the float, and give the nose the Turkish treatment, and they are in good shape to have a Fighting Sphinxes mascot.

I suspect a fair amount of Carpinteria's students care. And don't forget the alumni and parents. These people are nutso about "outsiders" telling them what to think or do.

My high school changed its nickname from Titans to Panthers after I left. Naturally, that didn't faze me. One, I can still call myself a Titan if I wish. Two, who cares what your high school does after you leave?

Good points, I hadn't considered that.