Latitude Festival, reviewComment:  In Brits and Americans, Imagining Indians, educator Debbie Reese notes how Indians are sometimes grouped with Santa Claus, the Easter Bunny, and the Tooth Fairy. They're also grouped with pirates and cavemen, not to mention talking animals. As Reese put it, Indians are cast in "that particular framework---of things-not-real." 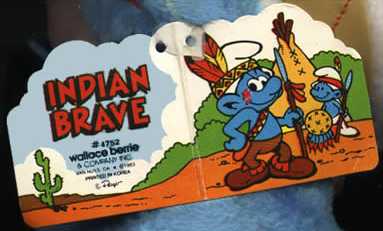 On the "Indians and fairies" end, Sally Oldfield's album "Water Bearer" has a suite of songs that conflates Native Americans with Tolkien's Elves.

To some, both are mysterious magical races who vanished into the West.