Attack of the Short-Haired White Professors

Gyasi Ross talks about his experience in college:

12.0:  Saga of the unshaven armpit--skins and feministsAnd:Comment:  So Native women such as Ada Deer, LaDonna Harris, Wilma Mankiller, Winona LaDuke, and Rebecca Adamson became leaders only because circumstances forced them to? And not because they're natural-born leaders and visionaries? Hmm.

I'm sure Ross has a valid point about the liberal tendency to see everything through rose-colored glasses. But given his characterization of feminists as "short-haired" women with "unshaved armpits"--not to mention "feminazis"--I suspect he's somewhat prejudiced against these women. Note that Ross considers Disney's Pocahontas a "hot" role model for Native women.

For more on the subject, see "Feminist" Mohegan Princess.

Below:  A proto-feminazi who didn't shave her armpits? 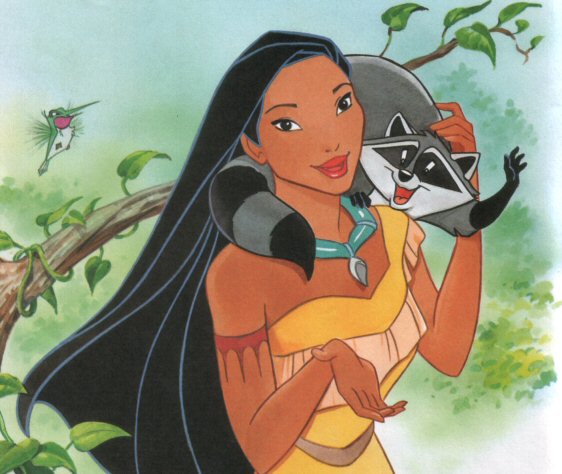 Well, I admit I'm a little annoyed at the style of Gyrasi Ross:

He has a strange way in describing something or someone.
I respect the fact that he has his own personal and unique style. I just don't like it. To me it sounds so stupid plain and simple.

"Skin" to me, reminds me of Skinheads, the sordid racists types(excluding SHARPs) and the 2nd thing that comes to mind in terms of the word--"Skin", is something associated with nudity and erotica. Why can't the loon the just use the usual Indian, Native, or better yet--"Redskin"(yeah I know). Redskin may be an epithet, but I like that term better than "Skin".

I appreciate Gyasi's honesty and trust that writing in such an exposing manner will allow others with similar experiences and histories to openly investigate their own prejudices and understandings.

When I first entered college I can remember being grilled by women empowered by pro-feminist and Goddess ideals about the strength and courage of my single, pregnant at a young age, mother - of course these women assumed my heritage was "Hispanic" and came at if from an angle of "she was so strong because of the repression she pushed passed". When I defined my family's history all the stereo-types surrounding the matriarchal living of Natives came into play, never mind that most never asked which tribes were part of our background. Never mind that my family had both Euro and Afro roots in America - What they couldn't see they ignored.

After being astounded by and processing though such encounters and assumptions I found myself researching and trying to understand the matriarchal teachings of as many cultures as I ran across - I did it to throw that knowledge back at women looking to own and use knowledge outside their own history. I did it because I hoped they would eat at "home" first before they ate off my plate.

I understand where Gyasi is coming from. My mothers, aunties, sisters and cousins did what they had to do to survive. They didn't consider what great things were being done - they thought of keeping home and family safe. If there was no balance of power in the household it was usually because one parent, usually the mother, had to take on both roles within the community's expectations of raising you. Many of the women in my family had their own obstacles to overcome and many had the natural ability to lead and I don't think any of them thought of themselves as "feminist". They were doing what had to be done and were too busy balancing it all to be involved in the feminist movement. Many saw such investigation, even my own, and self empowered declarations as egotistical indulgences that separated their daughters from the group. We had our history, it was there but it didn't put food on the table or keep a roof over our head.

This was the way it was but this doesn't mean it is the way it is now or that it will be that way always..honestly talking about it starts that change..

BTW Rob, I know I have defended the right for Gyasi to express his ideas as they are before. I do so because I have met many people who share the same experiences and feel the same way but keep silent for fear of being judged and persecuted for their thoughts. Actually putting them out there, including your responses, opens a discussion and invites thought..it's all good!

Geno: And the use of such terms comes across as rather lowbrow and slangy and damages any sort of academically serious points.