Correspondent DMarks sent me this item:Comment:  Right-click on the image to view it full-size.

I think the caption does a good job describing the problems with this toy. But I'd call it the figure a spaceman, not a robot.

Naturally, this demonstrates what the world thinks of Indians. You have a chief, a maiden, a totem pole, and some Native designs and fringe. But these aren't even important enough to match to the toy. The words and images are only a bait-and-switch gimmick.

The main question is: What the heck were the Chinese thinking? The only thing I can imagine is they think Indians live in a sci-fi fantasy land. You know, with pirates, fairies, Smurfs, and aliens. Thus it's okay to switch from one fantasy figure (an Indian) to another (a spaceman). Because they're all part of the same fictional universe.

For more on the subject, see "Cowboys and Indians" Images. 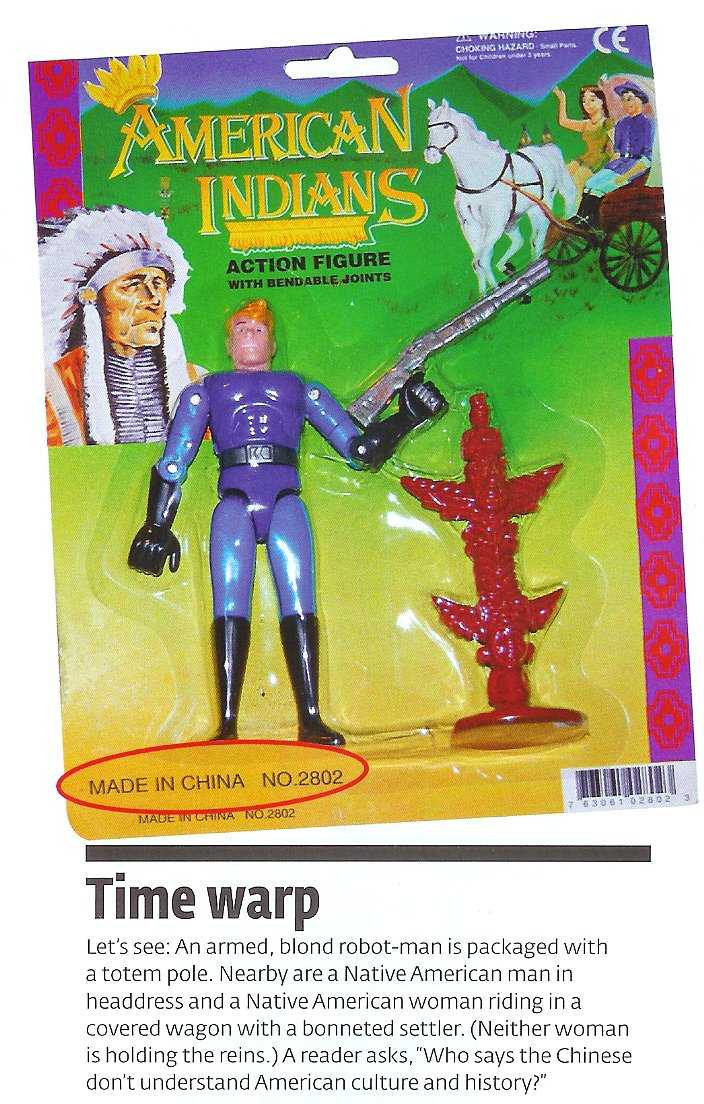 Email ThisBlogThis!Share to TwitterShare to FacebookShare to Pinterest
Labels: Stereotype of the Month, stereotypes, toys

Someone suggested the figure could be a space cowboy. You know, to go along with the space Indians (sold separately). Could be.

Someone else suggested the Chinese factory ran out of Indians and used leftover spacemen to fill the packages. Could be, although the clear plastic seems to be molded specifically for the space guy's space gun.