Below:  "Laura Silsby has been held in a Haitian prison since January after she and others attempted to remove children from the country for adoption." 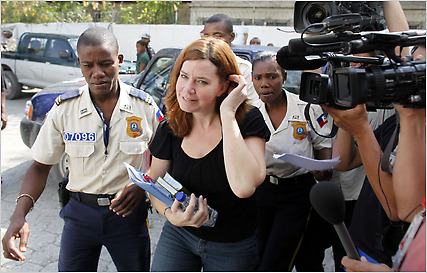