Attack of the Mayan Mummy

While researching the Maya Mummy in Castle, I came across this item:

Attack of the Mayan Mummy 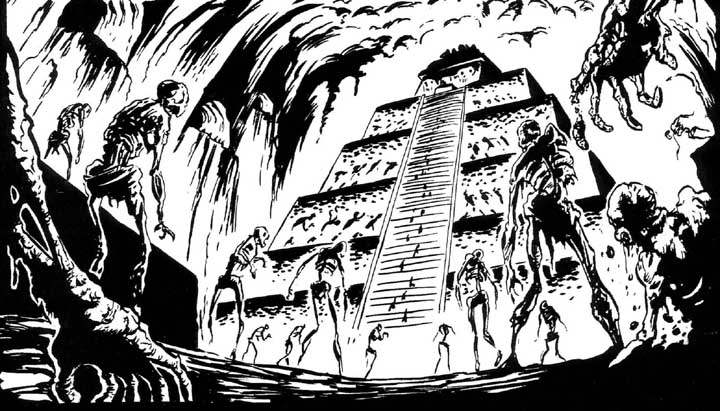 Comment:  The last image pretty much sums up the linkage between Mesoamericans and horror. If blood and death were involved, the people had to have been evil, right?

The second link is the only semi-scientific reference I found to Maya mummies. And it comes from a UFO site. So far the existence of Maya mummies remains unconfirmed, to put it mildly.

For more on the subject, see Maya Invented Werewolves? and Indiana Jones and the Stereotypes of Doom.
Posted by Rob at 6:10 PM