Even if you exclude every Native character from Marvel or DC, at least a couple dozen graphic novels have focused on Native themes and events. Any reviewer who doesn't know this is woefully ignorant of the field.

Anyway, Trickster sounds good. I'll be checking it out and you should too.

For more on the subject, see Trickster on Amazon.com and Comic Books Featuring Indians. 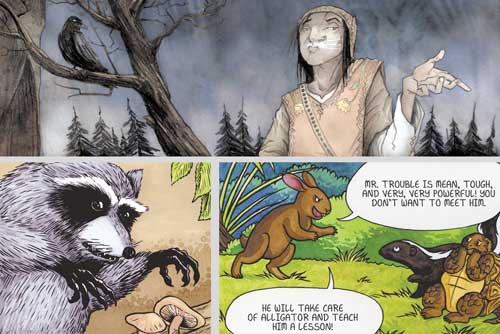 Comic books are often called graphic novels a lot of the time. "Watchmen" is a pretty good example. It's really a comic book, but one that was later reprinted all in one volume which made some count it as a graphic novel.