Natives in Danny and the Dinosaur

Educator Debbie Reese brings this children's book to our attention:

Danny and the Dinosaur 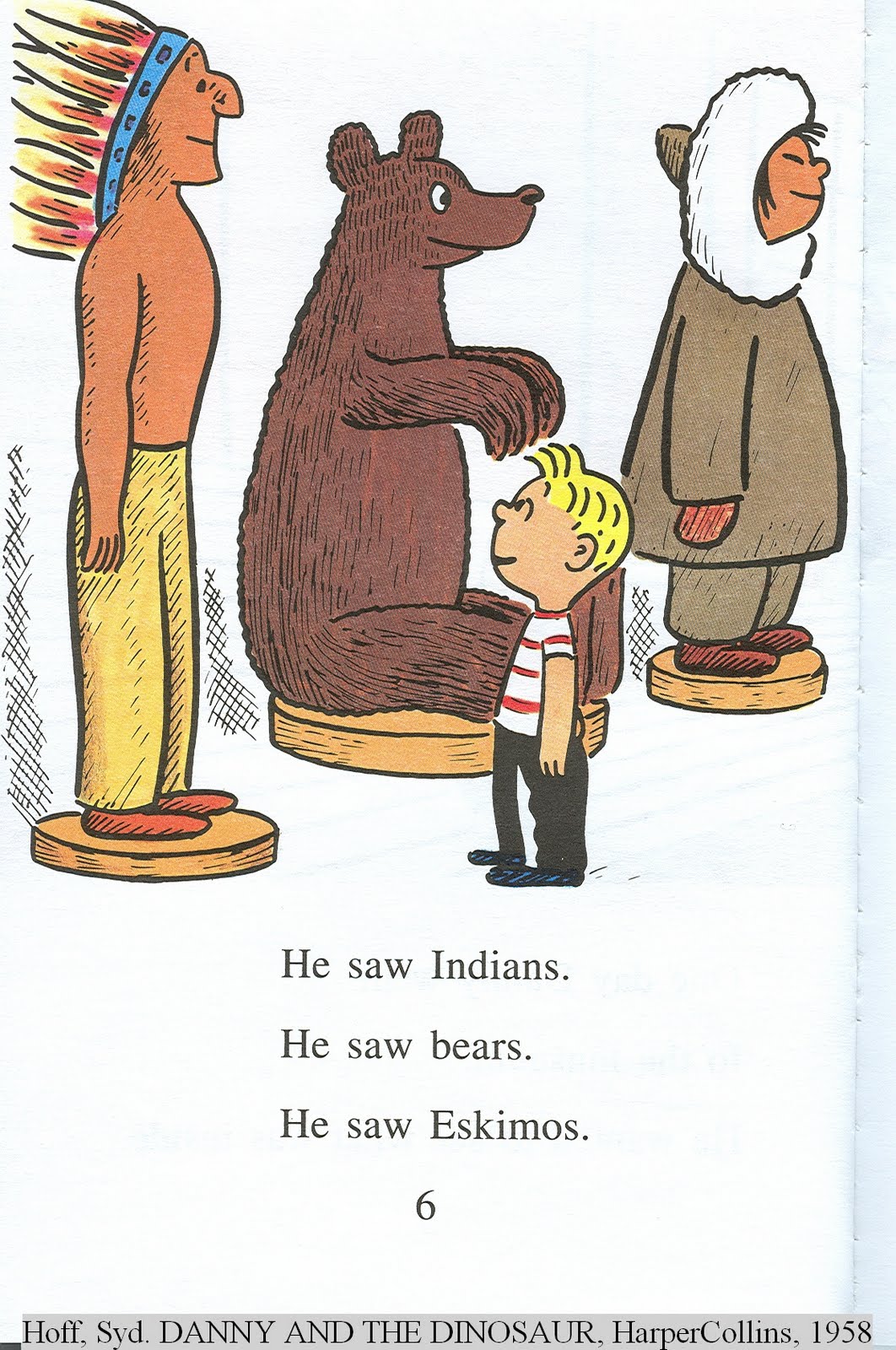 Reese notes the obvious problems with this illustration:Comment:  The book was published in 1958, which is a partial excuse. But it's republished, used in schools, and kept in libraries today, which is no excuse.

I presume this is a natural history museum since it has dinosaurs. It contains Indians and Eskimos stuffed and mounted with the other wild animals. It treats them as objects and artifacts--as things rather than people.

This is an excellent metaphor for what most Americans think about Indians. Wearing Plains outfits...frozen in the past...grouped with other savage beasts. "But, hey, we didn't forget about the Indian. No sirree! We're honoring him with this noble display in the North American Hall of Predators. And with our sports mascots and hipster headdresses, too!"

For more on the subject, see Indians in Natural History Museums and The Best Indian Books.
Posted by Rob at 12:32 PM

So since this book is old and hes something in it that is considered offensive we should not read it?
What about the other books out there that while they do not touch on indians are still offensive and come from a different time?

Native educators usually say books like this are "not recommended." That means schools and libraries shouldn't seek them out.

A lot of old classics are considered questionable these days. Among them are Huck Finn and Little House on the Prairie.

Kids still read these books, of course. But a thoughtful parent or teacher should explain the books' problems to them.