By Leah RozenAnd:And:Comment:  The final rant is the key one. Indians and other minorities tend to be poor. Hollywood considers poor people "losers." Therefore, Hollywood makes movies about middle- and upper-class white people--i.e., "winners."

A lot of the talk about being risk-adverse and numbers-driven is code for racism. We know this because of the evidence.

If audiences want only escapist entertainment, the race of the main characters shouldn't matter. A movie's plot and script are what make it escapist, not the actors' skin color.

So cast an Indian to play Jacob Black, Silver Fox, or Tonto. Cast Asians in The Last Airbender. Cast a Persian in Prince of Persia. Cast minorities as the leads in movies such as Avatar, Inception, and Alice in Wonderland. The escapist value of these movies is the same no matter who the actors are, right?

Well, no. When you dig beneath the rhetoric, you find the racism. To sum it up, white = escapism and minorities = reality. Indians are associated with reservations, Latinos with immigration, blacks with inner cities. Who wants to be reminded of these subjects, even indirectly? It's "safer" to hire white actors than to risk alienating audiences with race, gender, and class issues.

In other words, white's the right color for escapism. I.e., Hollywood is racist.

For more on the subject, see "We Can't Find the Talent" and Patel's Struggle Shows Hollywood's Racism. 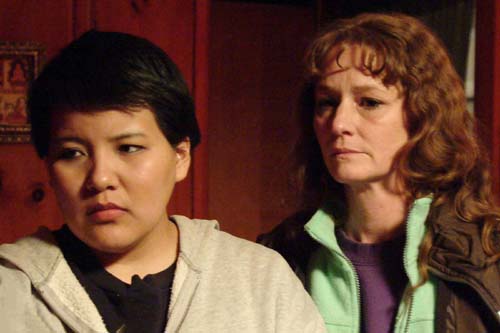 Not sure it's so cut and dried. Yeah, you've got "Arthur" with Dudley Moore, and the white elite rich vampires of "Twilight".

But you have the lower/working class world of Hollywood titan Tyler Perry, and those successful Adam Sandler movies too.

I'm sure you could find a lot of working-class characters in Hollywood movies. Including the soldiers in Avatar, the kids in Harry Potter, and the humans and Indians in Twilight.

The question is whether they're truly lower class or somewhere in the vaguely defined middle class. If they're not suffering visible signs of poverty, I'd put them in the latter category.