They have long hair and bare skin. They wear vests, boots, headbands, beads, and fringe. They practice unbridled sex and ungodly religions. They want to return to the earth, live naturally, wild and free. They protest oppressive government, military, and corporate actions. They're a threat to America's peace, prosperity, and sense of self-satisfaction.

Who are they? Indians in the 1860s and hippies in the 1960s. Our perception of them, that is. Mainstream Americans hated and scorned each group for similar reasons: because they challenged the status quo. Because they provided an appealing alternative to traditional American values of greed and selfishness.

For more on the subject, see The Paiute-Burning Man Relationship and Rainbow Gatherings Based on Hopi Prophecy?.

Below:  Hippie Indians or Indian hippies. 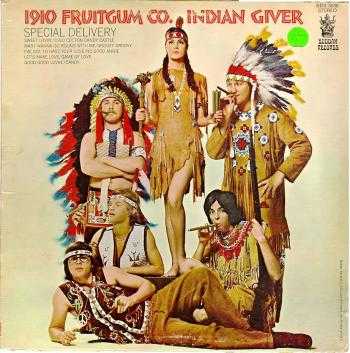