Most Indians are Democrats

In What Has McCain Done Lately? Kiowa writer Russell Bates claimed that "over 60% of Native American voters are Republicans." My response:

As everyone but you knows, most Indians register and vote Democratic these days. Here's what one report says about the Indians of New Mexico, the 4th largest Native state. I believe it's a fair estimate for Indian country as a whole: 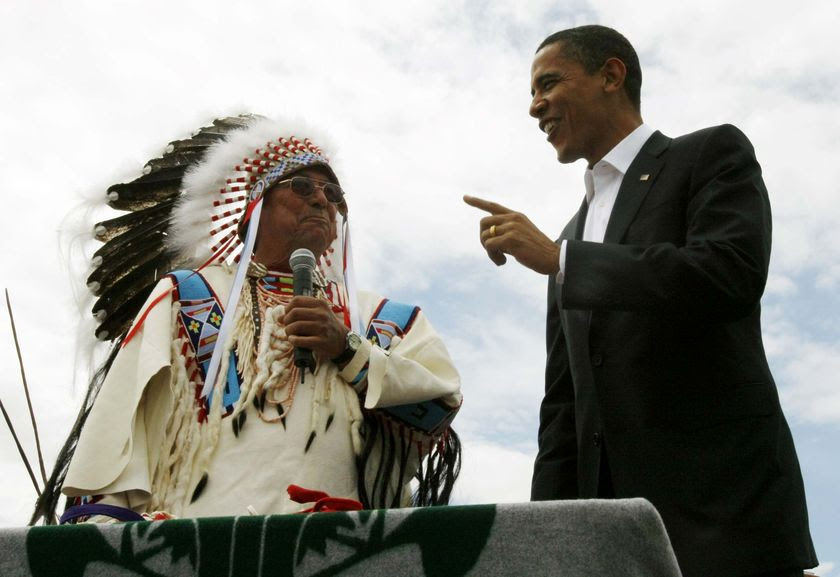 Writerfella here --
What is omitted from print ALWAYS tells more than what is committed in print. Give the same ostensibly exacting statistics about ALL 50 states and then it might mean something. Otherwise, all that has been done is to give a paltry and isolated argument that tries to make more of its anthill than it truly is...
All Best
Russ Bates
'writerfella'

Fortunately, my response rectifies both these problems. I've given several examples of evidence for my position, which demolishes your complete lack of evidence.

In fact, there's no reason to believe your claim is anything other than one of your made-up stories. Calling it an "argument" rather than a fairy tale is giving it more credibility than it deserves.

Writerfella here --
But even you, Rob, cannot know the party affiliations of every tribe and tribal member nationwide. You have used terms such as 'estimates' and 'First Nations', fully cognizant that 'estimates' are like polls and can be interpreted as meaningful to any side of any question because the results are inconclusive to begin with! And the 'First Nations' peoples are CANADIANS, for Grandfather's sake! They don't vote in US elections and thus could care less who votes for whom in matters that barely peripherally affect their status in Canada! That is evidence? Well, maybe, but only as evidence that you, Rob, are a syllogist of the first water and not a rational logician. A syllogism? "All cats die. Socrates is dead. Therefore, Socrates was a cat..."
All Best
Russ Bates
'writerfella'

I haven't claimed to know the affiliation of every Indian or tribe. I've reported what's generally known about Indians.

The First Nations article refers to Natives in the US as well as in Canada. One doesn't have to be an American Indian to know about American Indians.

You've amply demonstrated that some Indians don't know about Indians. Incredibly, you're totally ignorant of most Indians' party affiliation.

Because you can't begin to document your made-up nonsense, you're left grasping for straws. Hence your straw-man arguments about nonexistent syllogisms.

Let us know when you have a shred of evidence to back up your asinine assertion, okay? Until then, spare us the stupid storytelling.

Those look like some pretty compelling examples to me, Rob. Thanks for following up on your earlier post!