To read Runninghorse-Buckley's entire commentary, follow the initial link. For more on the subject, see The Best Indian Movies. 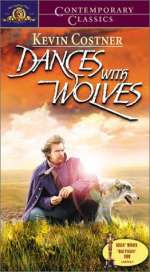 Re "Critics, however, pretty much are the same and their only messages usually are about their purported role in the artform": Thanks for an excellent example of attacking the messenger and not the message. Apparently you're so prejudiced against critics that you don't even realize you're doing it.

So you haven't had anything to do with movies or television since 1979? You've been out of the industry for almost 30 years? No wonder you know so little about the state of the art.

When I want to learn the history of television in the 1970s--the first Super Bowl broadcast, the end of cigarette advertising, the spread of cable, the start of All in the Family and The Waltons, the Betamax VCR--you'll be the first person I ask. Until then, spare us your pretense of being the expert. Millions of people have worked in Hollywood as much as you have recently. Damon Runninghorse-Buckley, James Lujan, and Mark Reed, to name three.

An opinion can't be a message?! What was "Blessed are the meek" or "All men are created equal"...a hard statement of fact? How stupid can you get?

As a reviewer, my message is that a film has certain strengths and weaknesses. You're largely ignorant of what makes a film work, which is why you 1) can't write your own reviews and 2) can't get your screenplays produced. Since you can't challenge my reviews, you challenge my right to review films instead.

I addressed your trite claim about messages in Mel's Message:  Christians Saved Indians. In Apocalypto, you missed the message even though Mel Gibson stated it explicitly at the beginning of the film. You didn't address this point because you obviously couldn't.

In short, you were wrong then and you're wrong now. For more on what you don't know about criticism, see Educating Russ About Criticism and Russ Doesn't Understand Criticism.

Writerfella here --
Wow, if the Christ figure knew that you discount his teachings only as opinions, anyone who doesn't wish a lightning shampoo and rinse should avoid you! And that the Foundling, um, er, uh, FOUNDING Fathers stole and rewrote Northeastern Native principles of government and then only wound up with a set of opinions, might see you living all alone on Ellis Island, at best.
But then again, you are opining and being an opiner and going through all the motions of someone merely opinionated. Monty Python might even say you were opining for the Fjords...
All Best
Russ Bates
'writerfella'

I guess you have nothing else to say about your idiotic claim that "reviews are not messages--they are opinions." Therefore, I'll simply repeat my rebuttal:

An opinion can't be a message?! What was "Blessed are the meek" or "All men are created equal"...a hard statement of fact? How stupid can you get?

Albert Einstein once said, "Man achieves his highest form of stupidity when he ridicules something he knows nothing about." Surely Native filmmakers cannot be held to the same standards as non-Native filmmakers considering the budgetary difference alone is as vast as the Grand Canyon. The content of the story, not technique, would be more worthy of an opinion (status quo). If truth be told, we are Americans de facto and the loss of our self-identity is the very thing we are trying to avoid. We cling to our ways of storytelling because it is as important as the Declaration of Independence is to America. At least agree that it's hard to take criticism when all you can afford to drive is a broken down hooptie while the rest of Hollywood drives.. Well, you get the picture.
Damon Runninghorse-Buckley

Thanks for your thoughts, Damon. Rest assured that my Native movie reviews are primarily about the content, not the technique. If the storytelling is sound, I don't care what camera the filmmakers used or what car they drove.