In No History of Canadian Colonialism?! I posted a comment by Canadian Prime Minister Stephen Harper and my response. Now here's more on the subject:

Prime Minister Harper Denies Colonialism in Canada at G20Harper denies Colonialism--Natives demand justice!"We also have no history of colonialism"--Harper lying at the G20Comment:  Someone compared Harper to George W. Bush. Harper's comment on colonialism does sound like something Bush would say. 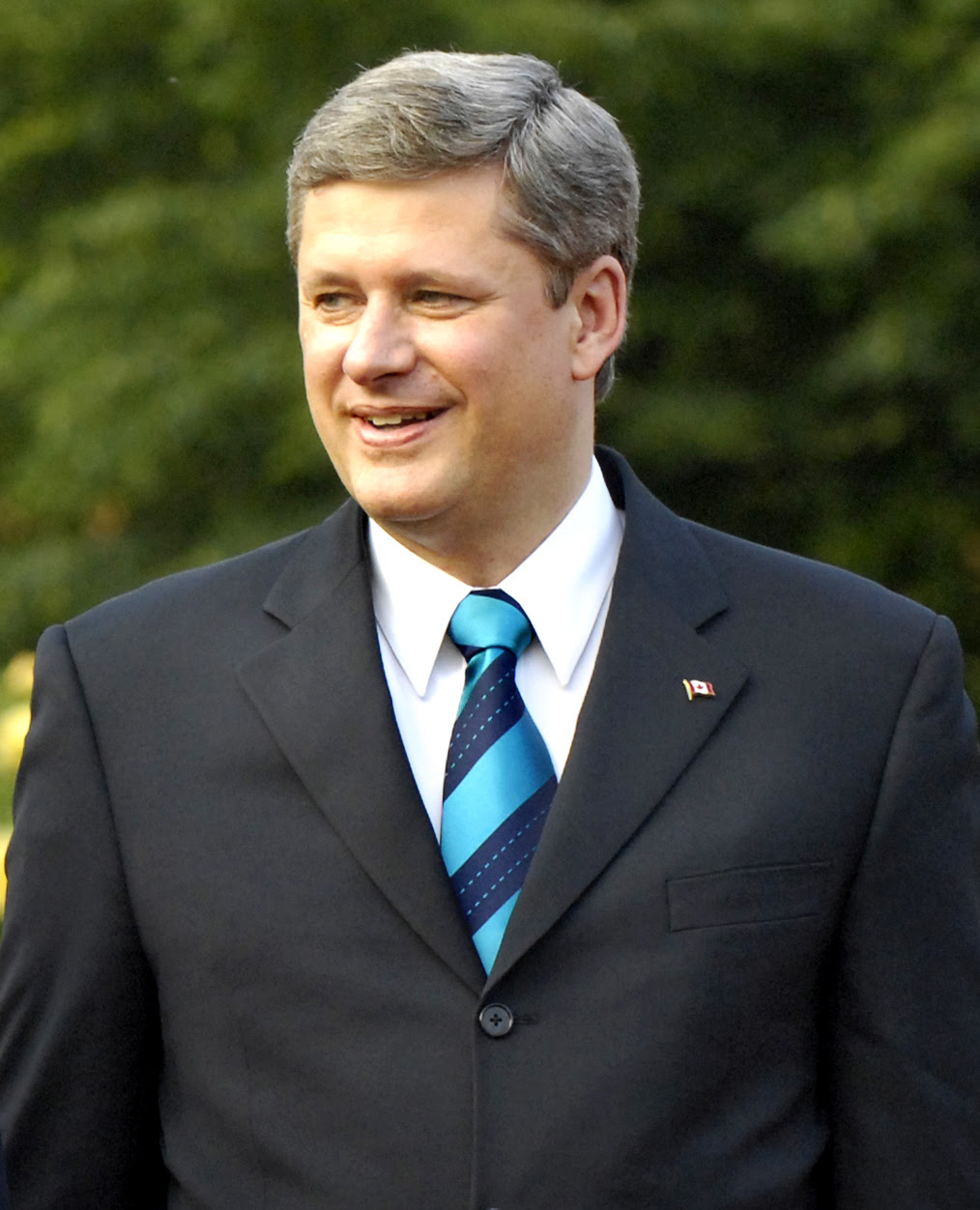 September 27, 2009 - 12:19am
goes into loony-land with his list of modern situations that have nothing to do with Canada encouraging colonialism. Many of these are in fact rather anti-colonial, as in Canada's support in the first Gulf War of stopping Iraq from colonizing Kuwait.

Especially uninformed is the reference to "Canada joining in the current U.S. and Israel saber rattling against Iran over the bogus (Iranian) nuclear weapons issue?"

It's clear that all have good points about Harper's statement, but some have no idea what they are talking about when they ramble beyond that.

But let's not waste time missing the forest for the trees. One line from one anonymous commenter is irrelevant to the substance of this posting.

In fact, I don't want to see any long debates on Iran or Iraq here. E-mail me or each other if you have to say something on the subject.

Well, Rob, this is one of those shooting fish in a barrel. We're all agreeing on the main points.

We are all seeing "the forest", aren't we?

I see what you mean on the colonialism "big boys" thing. However, I questioned that commenter's assertion about Iran's nuclear weapons program not existing.

Nope, my comment was not intended to bring out any old debate about the justification for the Iraq war, or the "all Muslims are evil" one that creeps into so many comment threads.

Speaking of Iran I highly recommend reading the Israeli PM's speech; it was very well done and very passionate.

"Nope, my comment was not intended to bring out any old debate about the justification for the Iraq war, or the "all Muslims are evil" one that creeps into so many comment threads."

Assuming that comment's directed at me I am not bigoted against muslims, which is why I haven't spouted 'rifqa barry's family is going to kill her' nonsense like bigots such as Pam Gellar.