Correspondent Shadow Wolf brought this TV series to my attention:

I don't know if any of the other "scariest places" are built on Indian burial grounds or involve Indian legends. If there are only two, that's not too bad. It gets annoying when people claim that every scary place is haunted by Indians. 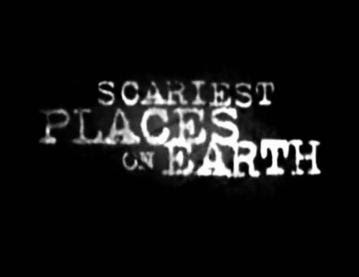 More strangely is another episode involving "indians" wasn't actually mentioned. I found this very odd. It was an episode about the haunted mansion in New Mexico supposedly built by ex-Senator Steven Dorcey. It is called the Dorcey Mansion. Why they never aired it again is weird. They actually brought in a Navajo Nation Shaman by the name of "Andrew Chee" who was called in to do a "psychic" reading of the place, telling folks about the evil, cold presence inside the mansion. Then he went out to do a "cleansing ceremony".

They never did aired this again as I thought.

As I wrote to Geno via e-mail:

After a quick Google, I presume you're talking about this mansion:

I don't see this listed among the Scariest Places episodes. And I don't see anything on the Web about a dead Indian at the mansion.