A short description of a new exhibit at the National Museum of the American Indian:A longer description:

"Brian Jungen: Strange Comfort" to Open at the National Museum of the American Indian in OctoberAnd:Comment:  I've been hearing about this exhibit for the last month or two. The notices didn't strike me until I saw some photos of Jungen's work.

Wow...impressive. I love the idea of Aboriginal creatures and artifacts made of Western household goods made of plastic. They suggest how Native thoughts and feelings lie beneath our everyday existence. How a Native spirit still imbues the land. 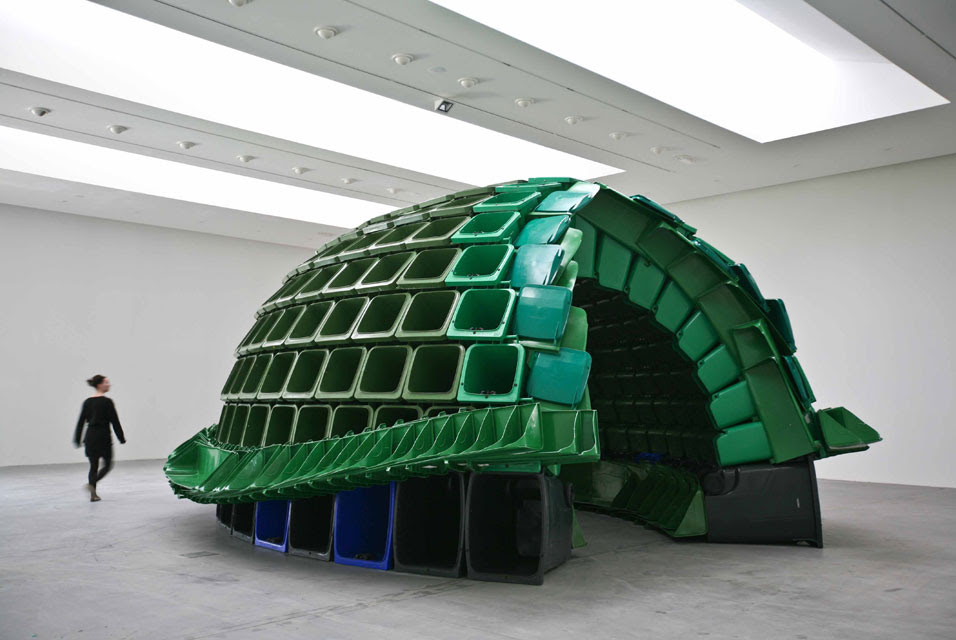