We Shall Remain in Utah's schools

By Wendy LeonardAnd:Comment:  Montana has developed a whole school curriculum about its Indian tribes. Now Utah seems to be following its lead.

Interesting to note the role of We Shall Remain in this story. PBS produced a fine series telling genuine Native stories. Now its themes and messages are filtering into the school system.

In other words, the good media is driving out the bad. Hence the need for more good media. Along with (my) criticism to ensure it remains good. <g> 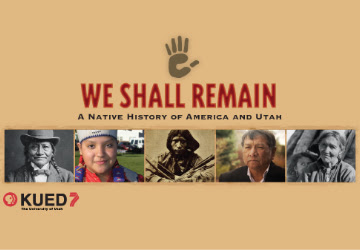 Email ThisBlogThis!Share to TwitterShare to FacebookShare to Pinterest
Labels: documentaries, education, TV, We Shall Remain