Indians follow Cool Cat as he drives across a desolate landscape and warn him to leave. 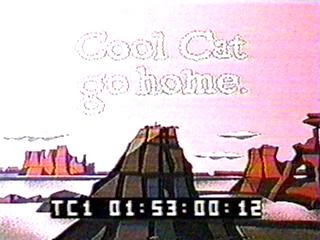 An Indian painting pots puts a bucket over his head and says, "Look, me pail face!" 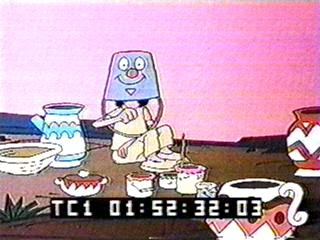 An Indian chasing Cool Cat slips and falls and ends up dangling from a ledge. "I need a hand," the Indian says to Cool Cat, and Cool Cat applauds. 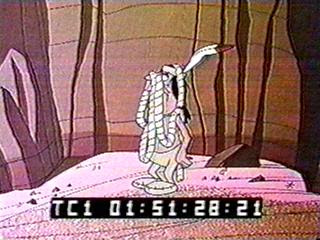 A brave offers an Indian maiden to Cool Cat if he'll go away. When the maiden turns out to be fat, Cool Cat responds, "Indian giver!" 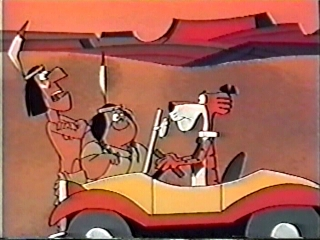 The rest of Injun Trouble takes place in the town of Hotfoot and doesn't involve Indians.

The problems in Cool Cat's Injun Trouble are similar to the ones in Lippy and Hardy's Injun Trouble. Check out that posting for some thoughts on these cartoons.