Here's the anthropological controversy explored in the documentary Secrets of the Tribe:

By David Maybury-LewisAnd:And:Comment:  Why is the Chagnon controversy significant? Chagnon has suggested Indians in their "primitive" or "natural" state are incredibly violent. People have generalized from the Yanomami to all Amazon Indians or even all Indians. As this stereotypical belief filters into the public consciousness, you get results such as the Zagar and Steve commercials, End of the Spear, and Indiana Jones and the Kingdom of the Crystal Skull.

For more on the subject, see Savage Indians and Uncivilized Indians.

Below:  Zagar, a Yanomami-style savage who eats a pet bird because he's totally ignorant of civilized customs. 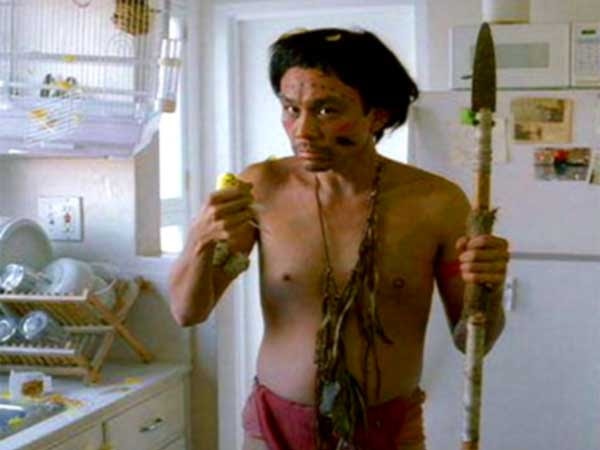 "Below: Zagar, a Yanomami-style savage who eats a pet bird because he's totally ignorant of civilized customs."

Already as civilized as Ozzy Osbourne, but that still means there's a ways to go.