Over the weekend I drove two hours north to my sister's home in Chumash territory (Ojai). We were gathering to celebrate my mom's 80th birthday.

At one point Sis and I went out to buy some oranges. I asked her what the name of her street, Matilija, meant. She didn't know.

I figured it was Spanish for an obscure kind of fruit or something. Not so. Here's the story of Matilija: 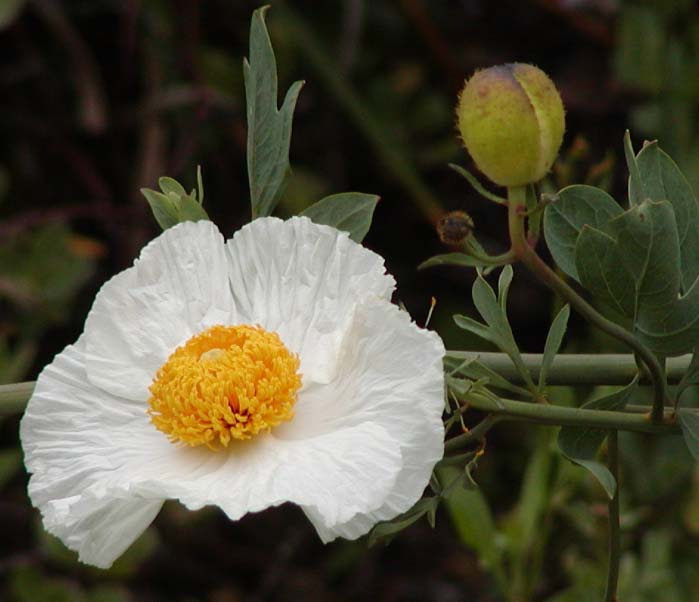 A longer version of the legend with a slightly different ending:

Legend of the MatilijaThis legend has Chief Matilija dying in the Spanish attack. Another legend adds a twist:

Scouting in CaliforniaComment:  As usual, the Boy Scouts' reason for appropriating Indian culture is weak or nonexistent.

So my sister's street is named after a chief, a flower, and a Boy Scout troop. It's yet another example of how our culture is built on Indian cultures and we don't even realize it.