Why minstrel shows are wrong

A year ago, some Australians got in trouble for portraying Michael Jackson and the Jackson 5 as buffoons in blackface. Now someone explains why such minstrel shows are wrong.

One year on, Australians still fail to realise that there are situations in which minstrel shows may be inappropriate

By RichieComment:  Excellent points, Richie. I frequently note the real harm of the stereotyping: the microaggrssion and bullying that can escalate into assault and other hate crimes. The sense of being ignored and invisible that can lead to depression and suicide. If hurt feelings were the only problem, people wouldn't spend so much time battling racism and stereotyping. But the experts tell us how these problems cause real psychological and physical harm.

Unfortunately, Westerners dress up in redface and prance around as "Indians" constantly. These actions are essentially the same as minstrel shows. Some recent examples:

And the proverbial much more. 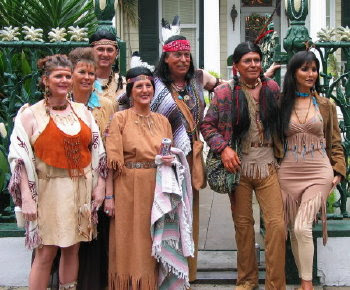 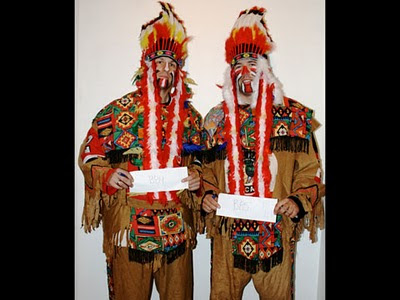