The Good, the Bad & the Baby episode of Castle (airdate: 11/25/13) had a Thanksgiving theme. A reviewer describes the relevant parts: 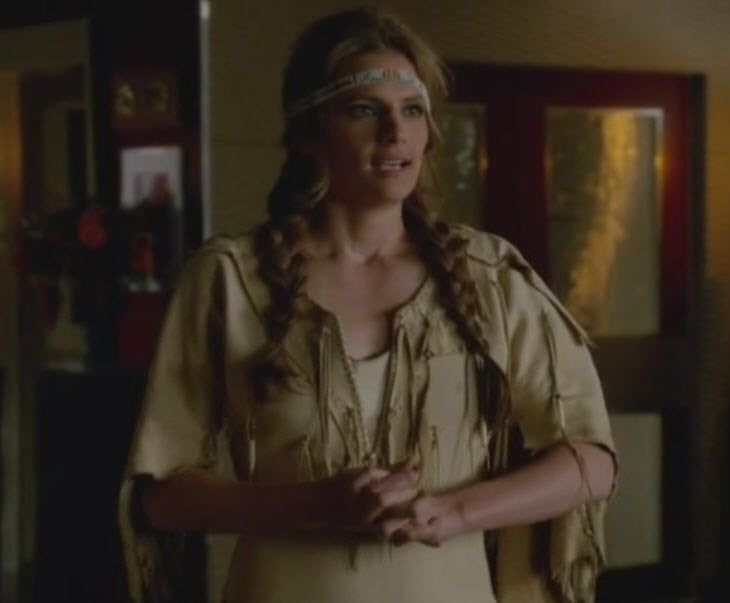 Comment:  To be specific, Beckett got Castle a Pilgrim costume.

These bits are lame for several reasons:

Really? Ridiculous. Her lack of common sense sets up the predictable and unworthy "joke" at the end.

2) Castle or his writers should know that neither Pocahontas nor a generic Pocahottie was part of the first Thanksgiving. According to reports, Chief Massasoit and 90 warriors showed up at the feast uninvited. We don't know for sure, but it's likely that no Wampanoag women were present. And certainly not young maidens in buckskin dresses.

3) Castle or his writers should know that dressing up as Indians is frowned upon. Sure, he was supposedly joking, but it's not something to joke about.

Would he have jokingly suggested Beckett dress as a black woman--perhaps a mammy from slave times? Dressing as a false and stereotypical Native woman is the same idea. And it's wrong for the same reasons.

The only way Castle could "joke" about this is if he immediately let the others in on the joke. Like, "Just kidding. I wouldn't ask you to dress as an Indian maiden for real because that would involve the offensive practice of redface." But that didn't happen.

Castle has been one of the better network TV shows in terms of Native references. But this episode was a fail.

For more on Castle, see Bigfoot in Castle and Counting Coup in Castle.