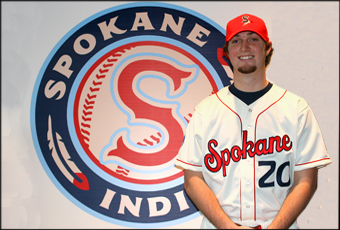 I just E-mailed this to my cousin who is a Spokane Indian. When I hear back from him I will let you know what he thinks.

Here's another example of positive effort and cooperation concerning a Native-based sports team name and the local reservation:

It's worthwhile also to click on the various "index" links on the left of the above page.

It appears that Central Michigan is one of just two universities/colleges that have been exempted from the NCAA policy concerning Native mascots/names.

At least four schools have received exemptions so far, and the battle isn't over yet.

According to the NCAA website, four schools have bypassed the restrictions and been removed from the NCAA lists after receiving specific approval from Native American tribes. The Seminoles in Florida, the Chippewas in Michigan, the Choctaws in Mississippi, and the Utes in Utah have each granted permission to schools for use of their name and image.

Five more, including Chowan University in Murfreesboro, N.C., and the University of Louisiana in Monroe, La., have capitulated to NCAA demands and changed their nicknames and mascots. Chowan and Louisiana are now, respectively, the "Hawks" and the "Warhawks."

Bradley University of Peoria, Ill., nicknamed the "Braves," demonstrated its ability to provide an environment consistent with the NCAA. It is the only school placed on the NCAA's watch list for the next five years "to assure circumstances do not change."

Besides Illinois, other schools currently restricted from NCAA championships based on Native mascots include:

I am slightly happy that Non Natives are starting to respect some Natives wishes to use other symbols as logos for their teams but i am also confused. I am a young person so maybe i don't understand the long complex politics of this situation. But if you know who you are and where you come from, and the history of your people, why do you care so much that people depicts us this way? You should know thats a false image, you are the one representing yourself and your tribe, so why let it bother you? I am sure once you meet people and they see how Native do represent themselves they will learn that those symbols are not neccessary. So why even bother with "fighting the good fight" against stereotypical images of our people. We are the ones that are Native everyday, we are the ones that give us a reputation, we shouldn't allow an image to ruin the image we create ourselves.

See The Harm of Native Stereotyping: Facts and Evidence for answers to your questions.