When (the Christian) God made the Dakotas

Tim Kessler's When God Made the Dakotas

According to this review, this Christian book portrays the creation of the Dakotas as a pseudo-Christian event. Specifically:(Excerpted from Debbie Reese's American Indians in Children's Literature, 11/28/06.) 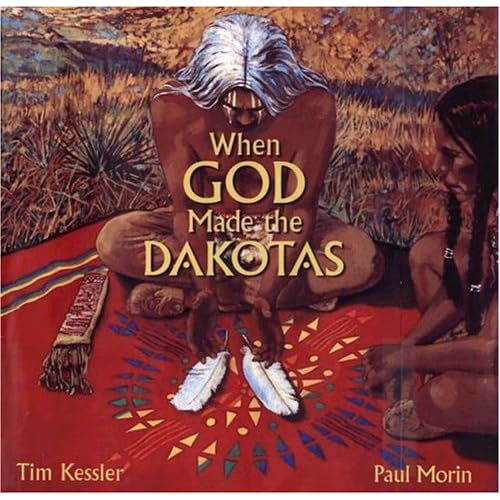 Oh well. I've been looking for quite some time for a good book on Dakota spirituality (as Dakota-related books of any kind seem to be quite rare). Looks like this one for sure is not it.