A similar tale predates PocahontasActually, another Indian princess predates the Saltville Pocahontas. She even saved a white man's life:

Did Smith plagiarize Pocahontas tale?Below:  The white man's concept of a beautiful and virtuous Indian maiden (not Pocahontas or Ulele). 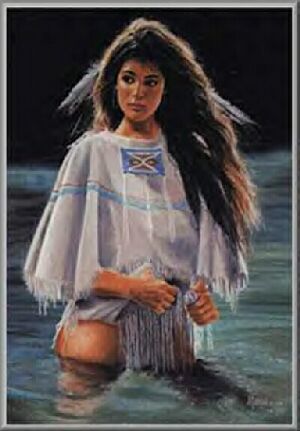 This is a tinsy bit inappropiet

What is...the picture? No, it's appropriate because it illustrates (literally) how the white man has created and used the concept of the Indian princess.