Dynamite Entertainment, publishers of the new LONE RANGER comic, has released Tim Truman's SCOUT in trade paperback. For those who don't know it, SCOUT features "a Native American protagonist fighting an oppressive U.S. government in a post-Apocalyptic world." Here's an interview on the subject:

Tim Truman: Remembering SCOUTComment:  I reviewed SCOUT back in Indian Comics Irregular #42. The short version is that it started well with genuine bits of Apache lore, but quickly degernated into a Rambo-style shoot-'em-up.

Perhaps the most interesting touch was Scout's sexual relationship with Israeli soldier Rosa Winter. As noted recently, Indian characters rarely if ever get love scenes. 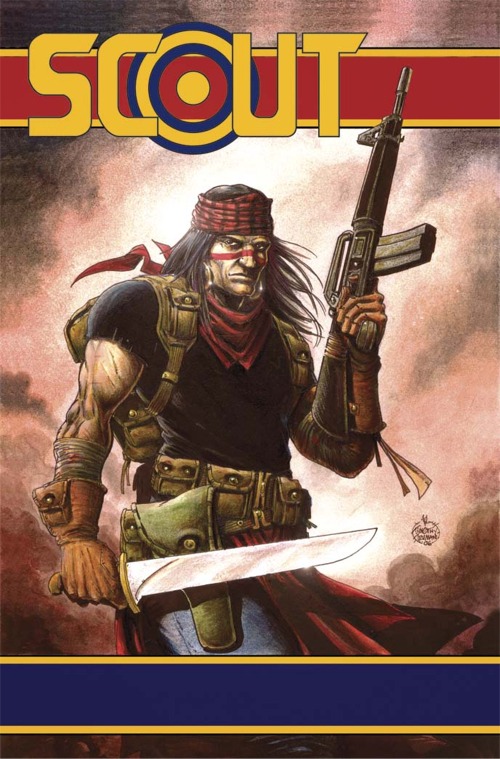