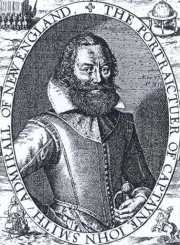 The last time there was an item about the Chickahominy here, we had someone insisting that they were just another group of whites playing Indian.

Right. But as you've seen, that kind of talk doesn't sway me.

Writerfella here --
Well, it was not I. writerfella's posts stated that Chickahominy people were Blacks, as are the Lumbee and the Pequots. Now, with many tribal groups trying to divorce themselves from both whites and Blacks among their numbers, the Blacks are attempting to unite to form their own tribal group called the Binay. No doubt if the mongrelizationists have their way, the Binay will get Federal recognition as a Native tribe.
Currently, the Cherokee election to vote out their Freedmen (Blacks) was stalled by a Federal judge when Freedmen claimed there were irregularities in the petition drive to get the question on the tribal ballot.
All Best
Russ Bates
'writerfella'

Writerfella here --
Perhaps, except for the Pequots, who found a Native identity abandoned by extinction, took it up, and then won Federal recognition because the identity had an historical record. Consider that the Mohica were wiped out by British attacks, and thus was the inspiration for James Fenimore Cooper's novel, THE LAST OF THE MOHICANS. However, within a year, out of nowhere, there were Mohica people roaming the forests, speaking their language, and living their culture and lifestyles. What had occurred is that similar smaller tribes had moved into the Mohica ecological niche and then transmogrified themselves into that tribe. Darwin noted the same syndrome in his observations of bird species on the Galapagos Islands.
You may support the Pequot recognition, but writerfella bets that you wouldn't want one of them to marry your sister.
All Best
Russ Bates
'writerfella'

I still see only your opinion about the Pequots here. If you've given us anything resembling a fact, I must've missed it.

By the 1910 census, the Pequot population was enumerated at a low of 66. In terms of population, the Pequot reached their nadir several decades later. Pequot numbers grew appreciably--the Mashantucket Pequot especially--during the 1970s and 1980s when Mashantucket Pequot Chairman, Skip Hayward was able to enjoin Pequots to return to their tribal homeland by implementing the push to Federal recognition and sound economic development.

You could quote from the books by Brett Fromson and Jeff Benedict, but I've already debated their positions a dozen or two times. Here's a typical rebuttal to Benedict's claims:

Early reviews of the book focused on the book’s voluminous research, but Benedict’s research is highly selective. Many of his interviews are with disgruntled former BIA employees and the ex-wife of former tribal chairman Skip Hayward, hardly unbiased sources. Anthropologists like myself who work with tribal histories and genealogies know that public documents and anecdotes are not sufficient for constituting a complete tribal history, particularly one that spans centuries. Even more problematically, Benedict spoke to no more than a couple of Mashantucket Pequot tribal members for the book, rendering his work only one-half of a conversation at best.