Jamestown's 400th stirs a new view of the Pocahontas legacy

The myth:The reality:Comment:  The artwork is by Rachel Dennis (Mohawk). 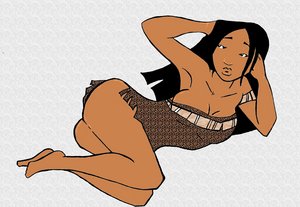