Mormons and their BookComment:  It's tough to respect a religion based on the premise of falsifying history--in this case, the history of Native Americans. 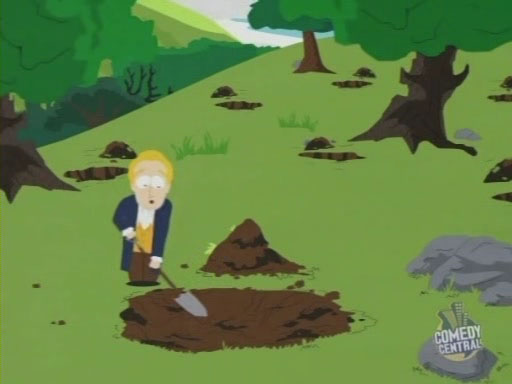 Writerfella here --
Yes, indeed, since The Book Of Mormon claims that Lehi's people are the ones who built the great cities of Central and South America, including the pyramids. Um, er, uh, especially since many of them are a lot older than the time of the historical Christ figure, AFTER whom it is said by the Mormons that Lehi's people sailed down the Red Sea, through the Indian Ocean, and then across the pacific to find the west coast of what is now South America. Why then is none of their DNA found among the peoples of Central and South America, when it is claimed that those peoples arose from the bloodlines of Lehi's people? Oops...
All Best
Russ Bates
'writerfella'

Wait, we're Jewish now? Did I miss ANOTHER memo? oy!

Writerfella here --
In the 1966 comedy, THE BALLAD OF CAT BALLOU with Jane Fonda and Lee Marvin, the young Native Jackson Two-Bears (Tom Nardini) constantly is being chivvied by Cat's father, who swears that Indians really are the Lost 12 Tribes of Israel. Her dad keeps speaking to Jackson in Hebrew and gets angry because he claims the Native dude is pretending he doesn't understand. It was one of the best running gags in the movie. And perhaps the best thing about Scientology is that there's nothing about Natives in THAT made-up religion!
All Best
Russ Bates
'writerfella'

Say What You must, Doesn't Change my beliefs.

It doesn't bother me if you believe things that are objectively false.