Longfellow’s Hiawatha to be released on 6-CD setOthers don't necessarily agree that "Hiawatha" is worthy: 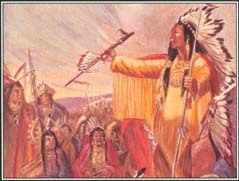