Omega Flight #2Comment:  I wouldn't be quite this harsh, but the series isn't getting better as it goes along. I agree that the art is murky and the story is uninspired so far. I'll probably give it one more issue to see what happens.

The interesting thing here is how Talisman steps forward as a main character and probable leader of the new Omega Flight. She does a mystical thing or two a la your typical Indian shaman. She cops an attitude a la Dani Moonstar; she even looks like Moonstar.

But the most noteworthy thing to me is the first extended look at her new costume. Talisman must be magical because I don't see how this costume would stay up otherwise. It's pure exploitation, making Talisman into a Native sex object like so many predecessors. There's no way a tribal shaman or a woman with Elizabeth's disdain for superheroics would wear such a revealing costume.

Her previous costume was also somewhat revealing, although it was more demure. But then she wasn't a tribal shaman or someone trying to live as a traditional Native. Now she is. Her costume should've gone in the other direction--becoming less revealing, not more. 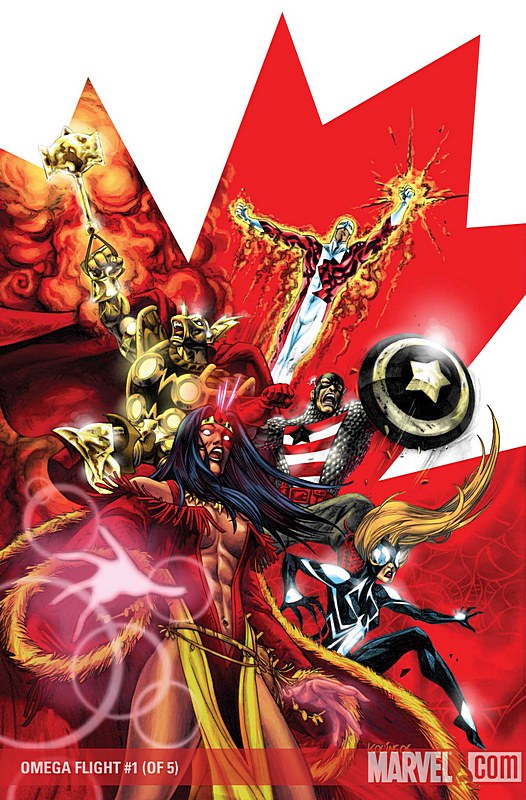