Heard Museum Film FestivalComment:  Shonie De La Rosa sent me a copy of his feature-length film a few months ago. I finally have a moment to share some thoughts on it.


Note to filmmakers: If your English-speaking actors need translators, something's wrong. If you have to portray drunks, tone it down...way down. Make them quiet drunks who speak in slurred but normal tones. Think Dean Martin, Red Skelton, or Foster Brooks, not a two-legged donkey.

So Mile Post 398 isn't a perfect Native film. If the De La Rosas had avoided the structural problems and the hard-to-understand drunks, it could've been great. As it is, I'd say it's very good. Rob's rating: 8.0 of 10. 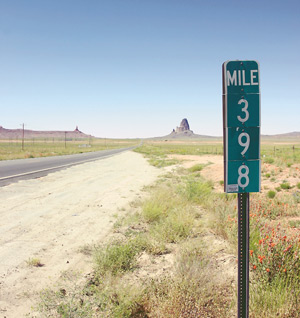 Glad it didn't get a review like T-Rose did from writerfella. That would have really sucked.

First of all, the review of the movie is great however I do disagree with Mr. Schmidt on his statement about the loud drunks. He apparently has never been around drunks like that. I’ve known a lot of people like that. I think if you’re trying to portray the real life of the rez then that part holds true. I mean...sure you have some silent ones...but the ones that hang out with Cloyd are the ones that are loud. Maybe that’s why he likes them...because they’re fun to hang around with. The silent ones are the ones that are most unstable when they’re drunk...

I totallly disagree with Mr. Schmidt on the comments of the film. First of all if you've never been on the rez, or know the culture of the Navajo, then yes you'd say the things you said about not understanding the ending of the film. We know what it means to see a coyote,and what will happen.
This film is depicted close to what my life was like, and what I did to my own family. Yes I had some freinds just the way the film has it, I tried to do the right thing, but my so called "friends" would pop up, just like in the film.
I have heard others comment on how so close to home this film has been, with tears rolling down their cheeks.

Having been married to an alcoholic Navajo myself, the drunk scenes are frighteningly realistic. The film depicted what my life was like 42 years ago. Yes, I had tears rolling down my cheeks as well.

I never said the portrayal of drinking wasn't realistic. I'm sure it was. But this is one case where I wish it would've been a little less realistic.

I think the portrayal of drunks is one area where the transformative power of filmmaking was called for. Mile Post 398 could've toned down the portrayals by making them quieter and more coherent. Or it could've spent less time on them.

I mean, how much screen time was devoted to the drunken behavior: 15-20 minutes? It seemed like that much or more. I'm guessing that 5-7 minutes of the same behavior would've persuaded viewers without drowning them in the drinking culture.

This is one case where less would've been more. The goal wasn't, or shouldn't have been, to recreate drunken behavior with 100% fidelity. Otherwise, the film would've been nothing but a long documentary. The goal should've been to show enough of it to convey its reality without turning viewers off.

Do the extended drinking bouts work as a filmmaking device? To me the question isn't whether they're effective to people who have experienced them. The question is whether they're effective to people who haven't experienced them--i.e., the vast majority of the potential audience. They're the ones who don't know about the problem and need to learn about it.

I'd probably say this about any negative behavior: binging and purging, abusing drugs, beating a spouse, etc. I don't need to see 15-20 minutes of it up close and personal. If I didn't know it already, I got the message after a couple of minutes: Drinking hurts people. Drinking ruins lives. Etc.

The value of a movie such as Mile Post 398 comes not from the displays of drinking but from what comes before and after them. Why did Cloyd start drinking and will he stop? That's the main thing I want to glean from a movie like this. Not the fact that drinking is bad, but why it's bad and what can be done about it.

I'd say something similar about the surprise ending--which no one should reveal. Does it work as a filmmaking device? It may work for Navajos, but I'm part of the 99.9% of the audience that isn't Navajo. It didn't do anything for me except leave me puzzled.

If Shonie de la Rosa was speaking only to Navajos, then feel free to ignore my comments. But if he wanted everyone to understand his film, then my views are relevant. I'm saying the ending didn't work for me, the non-Native viewer who watches Native movies. Make of that what you will.

By the way, Ernie, when you say you "totally disagree" with my comments, does that mean you disagree with all the positive things I said, too? Do you disagree with my 8.0 rating, which puts Mile Post 398 on a level with Pow Wow Highway, Smoke Signals, and Skins? Hmm. Maybe you should try to be more positive, like me. ;-)

Where can I see this film? It is not on Netflix and I live in rural Missouri. Is it online?