Smithsonian opens diabetes exhibit at NMAIComment:  As I've said many times, illustrated stories (including comic books) are a great way to get a message across. Today's youth is more visually oriented than previous generations.

As you may recall, the Healthy Aboriginal Network's AN INVITED THREAT comic book also tackles the diabetes problem.

Below:  Patrick Rolo did some drawings for Blue Corn Comics too. Here's a sketch of Snake Standing. 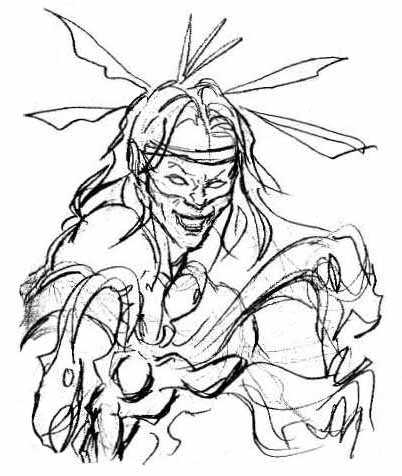