1492 in Breakfast of Champions

Thanks to correspondent DMarks for bringing this to my attention:

Memorable quotes and quotations from Kurt VonnegutComment:  For reader Stephen's sake, let me point out that "sea pirates" is a hyperbolic generalization. Vonnegut knew the so-called pirates included military men and civilian colonists of varying degrees of innocence. They weren't all literally "pirates."

True, many of them were the functional equivalent of pirates, who crossed the seas to rape and pillage. But some of the colonists were literally babes in the woods. They didn't all deserve to be slaughtered for their parents' or predecessors' sins.

All clear, Stephen? Do I need to explain every posting of this type to you? Or do you understand the concept of a generalization now? 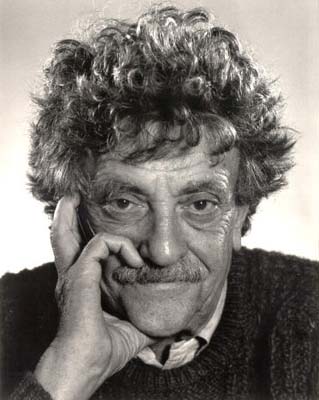 Email ThisBlogThis!Share to TwitterShare to FacebookShare to Pinterest
Labels: Columbus

"Many of them were the functional equivalent of pirates: crossing the seas to rape and pillage"

Perhaps they can be called amphibious pirates.

As I said errr typed before I grok the definition of a generalization. Also you might want to reply to my posts sometime, after all you wouldn't want to look 'cowardly' now would you?

stephen: check my profile, and send me an email. Thanks!