"Something you never hear" about Indians?

Someone named Andrews posted a comment on my "blankets with smallpox" commentary. It's pretty obvious Andrews is a conservative apologist for America's flaws and mistakes. His comments reveal more about him than they do about me.

Something You Never HearI gather the "something you never hear" is that Indians killed people. No, really? I'm shocked, I tell you...shocked!

Actually I'd say this is common knowledge to anyone who has studied the issue. Apparently Andrews hasn't studied the issue, unlike me. And yet he's using my posting to lecture people like me on something he claims he knows but we don't.

To reiterate: I posted this information, but the information is something liberal multiculturalists like me "fail to note"? How ironic can you get? Am I missing something, or is Andrews's conclusion 100% wrong and incredibly stupid to boot?

In reality, Andrews has it exactly backward. What you constantly hear is that Indians were warlike savages who did nothing but kill each other. And of course these marauding man-wolves also massacred the poor, innocent colonists who merely wanted to be their friends. What you don't hear is that many Indian nations consisted of peaceful hunter/gatherers, farmers, and traders who had no special inclination toward war. That Native America as a whole was less brutal and barbaric than Europe.

For more on the subject, see Warlike Indian Cultures.

Below:  A few exceptions to the right-wing myth that "no one has heard that Indians killed people." 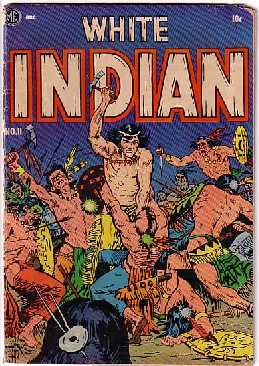 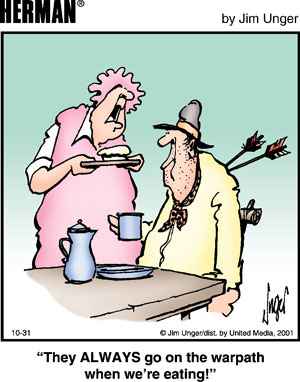