A lecturer from a conservative think tank suggests what teachers should teach about Indians:

"What Students Need to Know about America's Wars"(Excerpted from Debbie Reese's American Indians in Children's Literature, 2/10/09.)

For more on the subject, see Dueling Views on Geronimo and Enemy Territory as "Indian Country." 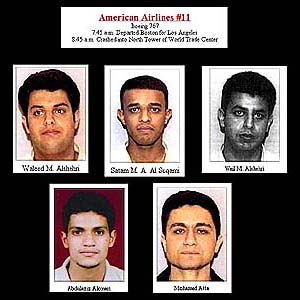 Email ThisBlogThis!Share to TwitterShare to FacebookShare to Pinterest
Labels: Geronimo

This one needs that "Homeland Security Fighting Terrorism Since 1492" illustration.

Geronimo was a rapist and murderer; hardly nothing to admire, but then almost every culture produces false heroes. So yeah comparing him to the 9/11 terrorists is a shoe that happens to fit him.

Second, we covered what Geronimo did or didn't do in Dueling Views on Geronimo. The short answer is that "murder" during wartime isn't necessarily the same as murder during peacetime.