By S.E. RuckmanComment:  Unfortunately, there's no clear dividing line on this issue. Rather, there's a continuum from full-fledged tribes to unrecognized tribes with legitimate claims to wannabe tribes to pure hobbyists such as those in Germany, Turkey, and Russia. As you move along the spectrum, the people have less Indian blood and fewer ties to genuine Indian communities. At some point the Indians become "Indians" and then non-Indians.

For more on the subject, see More Than 200 "Cherokee Tribes" and Too Many Indians, or Not Enough? 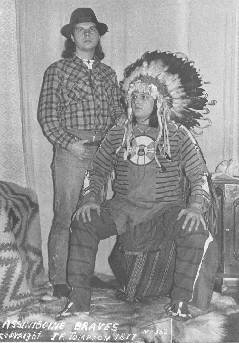