By Deborah MirandaWhat's missing from the typical unit on missions:Comment:  I believe I received a mission lesson in 5th grade, and made a mission model. If I learned anything from the lesson, I don't recall it.

For more on the subject, see Serra Almost a Saint and Fun Facts About Missions.

Below:  An alternative to the California flag that acknowledges the role of Indians. 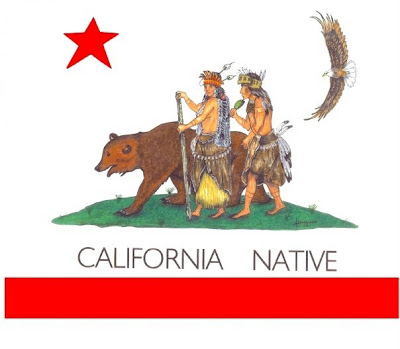