War is heaven; Life today is complex. The studios' solution: the simplistic epic.

By Manohla DargisComment:  This article provides a useful list of code words to excuse the lack of minority characters and storylines in Hollywood. "Not a history lesson"..."transcending the historical context"..."the hero's individual struggle"..."the point of view of the vanquishers"..."the Great Man theory of history"..."balanced racial casting" (i.e., mostly whites). Hence we get a movie like Avatar, which focuses on the white man's role and depicts the natives as generic savages. Or The Last Airbender, which decides that an "ambiguous" message is more important than the story's Asian characters and setting.

We see this all the time in Native-themed productions. In movies such as Bury My Heart at Wounded Knee...TV shows such as Dr. Quinn, Medicine Woman...books such as Karl May's Winnetou series...games such as King Philip's War...etc. They give us only a small slice of history, denuded of any context. Even when the conflict is good Indians vs. bad white men, people don't learn the whole story.

Consider a typical Dr. Quinn plot: "Bad men threaten Indians; Dr. Quinn and Sully stop them." Sounds good, but meanwhile, long-term trends are ending the Indians' way of life. The government continues to break treaties, starve Indians into submission, corral them onto reservations, force them to start farming, and convert them to Christianity.

None of this makes it into the episode because it would be too upsetting. It would overturn our noble self-image as heroes and saints. So viewers learn that bad men were responsible for everything, that good men opposed them, that good men helped the Indians, and that good triumphed over bad in the end. It's superficially an anti-colonialist story, but it winds up minimizing and excusing America's crimes.

Thus we get the Quileute werewolves in Twilight. As one professor described Jacob Black:So Stephenie Meyer Googled for 15 minutes and decided that was enough to write about Natives. Her unconscious racism produced fictional Indians that were almost real people, but not quite.

For the sake of comparison, the nonracist version of the "gentle" statement above would be: "I'm not familiar with minorities and their stories. But people are the same everywhere, so I'm not worried. Our audiences are 30% minority, so we need more minority characters and stories. Find me people who can tell these stories so we can tap into this market segment. We should be making money from it rather than ignoring it."

And once again note: No one is claiming Hollywood whitewashed Cold Mountain, The Last Samurai, or The Last Airbender for economic reasons. The producers may be thinking about economics, but they're talking about artistic license. They're claiming that only white characters and stories "transcend history," which is essentially a racist position.

For more on the subject, see Indians Hold Steady at 0.3% and Roscoe Pond or a Big-Name Actor?. 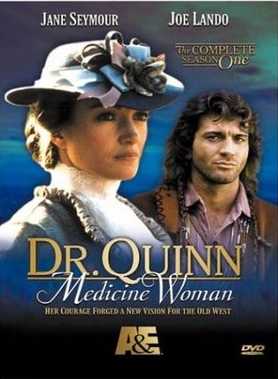 Yet another insightful piece... I'll have to start looking for the phrase 'not a history lesson' because I feel like I've definitely heard that one before.

"A typical Dr. Quinn plot is an example. "Bad men threaten Indians; Dr. Quinn and Sully stop them." Meanwhile, the government continues to break treaties, starve Indians into submission, corral them onto reservations, force them to start farming, and convert them to Christianity."

Actually, the show did deal with most of the "meanwhile" also.

I agree with the notion that "Conservatism" in politics is akin to a form of White Supremacy or racism.

The question is which episodes of Dr. Quinn are "typical." I'll let you know when I finish watching the series.

The episodes about the annihilation/expulsion of Cloud Dancing's tribe might not be typical, but they stood out.