Adrienne reports on another fashion faux pas in her Native Appropriations blog:

"Navajo" Fashion Spread in SeventeenComment:  I guess what makes these fashions "Navajo" are the "sunset colors and woolly knits." These things may apply more to the Navajo than to some tribes, but they're extremely generic. It's like calling a painting English because it has fog and umbrellas in it. Yes, the English are more likely to have fog and umbrellas than Saharan nomads, for instance, but that's not saying much. It's pretty lame to identify a culture so generically.

If this were just a "tribal fashion" spread without the dreamcatacher, I wouldn't consider it offensive. I don't think it's wrong to wear clothes with Native designs. Problems arise when the fashion is overly stereotypical (e.g., with feathers and fringe) or when someone misidentifies it. 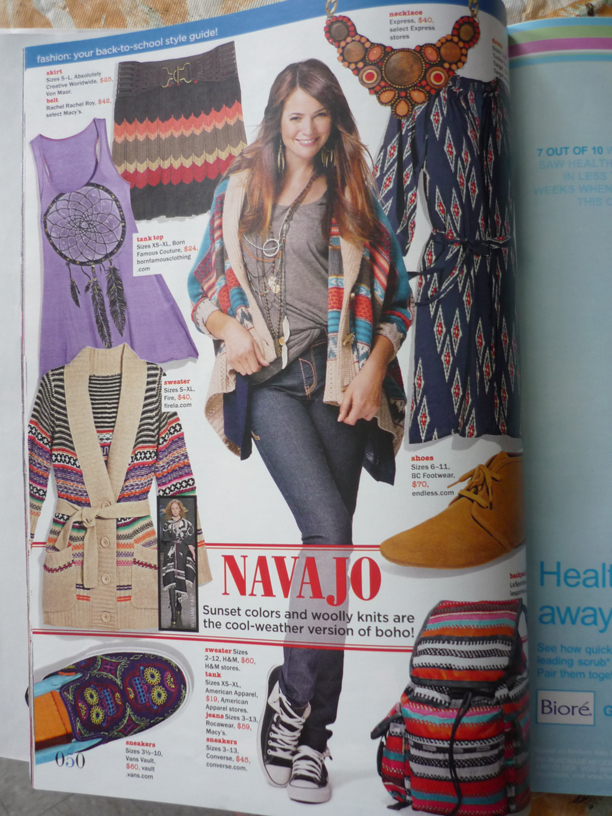 Email ThisBlogThis!Share to TwitterShare to FacebookShare to Pinterest
Labels: fashion, Navajo, Stereotype of the Month, stereotypes