By Patrick HedlundComment:  Last time I talked about the Inside Out Project, I praised its approach. Namely, a mix of old and new photos, set in the context of the reservation.

This photo mural isn't like that. It's a single image, so you have to discern its meaning from it alone. The New York setting doesn't suggest the Standing Rock or Pine Ridge (not Pineridge) reservations. The paint doesn't look like typical warpaint; indeed, my first impression is that someone slathered it onto the mural.

All in all, this image doesn't say "Indian" to me. I'm not sure if the person is alive or dead, with his eyes open or closed. I'd call it a failure--even worse than the poster-style billboards I criticized. 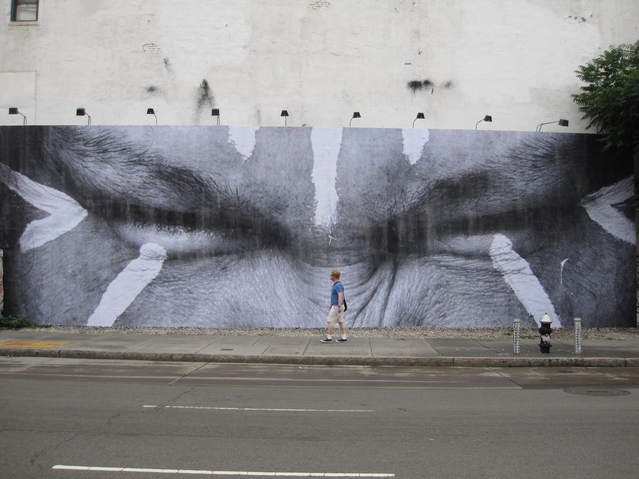