Playing Indian in Not Me!

Educator Debbie Reese reports on yet another stereotypical image in a children's book: 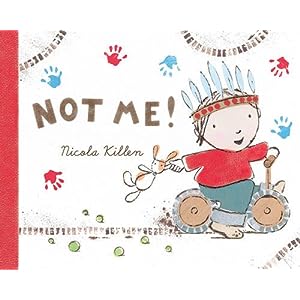 Comment:  For more on the subject, see Indian in Worse than Rotten, Ralph and Absolutely True Diary's Variant Covers.
Posted by Rob at 2:43 AM